“We Are Intentional About Our Growth,” Chat With H_Art The Band

Caroline KimJanuary 28, 2021Comments Off on “We Are Intentional About Our Growth,” Chat With H_Art The Band2

Watching H_art the Band work with Cedo on their new project – Simple Man, is like watching the sunset over Rusinga Island musing over colours of the sky slow dancing over Lake Victoria. It’s pure bliss. This coupled with the realization that good things don’t come easy. They require commitment and an admirable work ethic. The band has been on a week-long creative camp with Cedo’s team this January. We are allowed to expect breathtaking results, nothing short will do. Some of the songs in this project include; Mpaka Milele, I’ll Love You Everyday, Napepea Hewani among others.

SKOKO – The Poet and CEO of the band

Also referred to as “Shira” by the inner circle. He’s the philosophical smiling machine. “It’s never that serious,” is how I would best describe the aura around him. But this shouldn’t fool you into thinking he rides every wave that comes his way. Rather, he creates the waves by envisioning what he wants and working towards manifesting the desires of his heart.

He’s also the guy working on projections for the band – financial and otherwise. Looking for the next gig and figuring out how to keep the cash inflow constant. 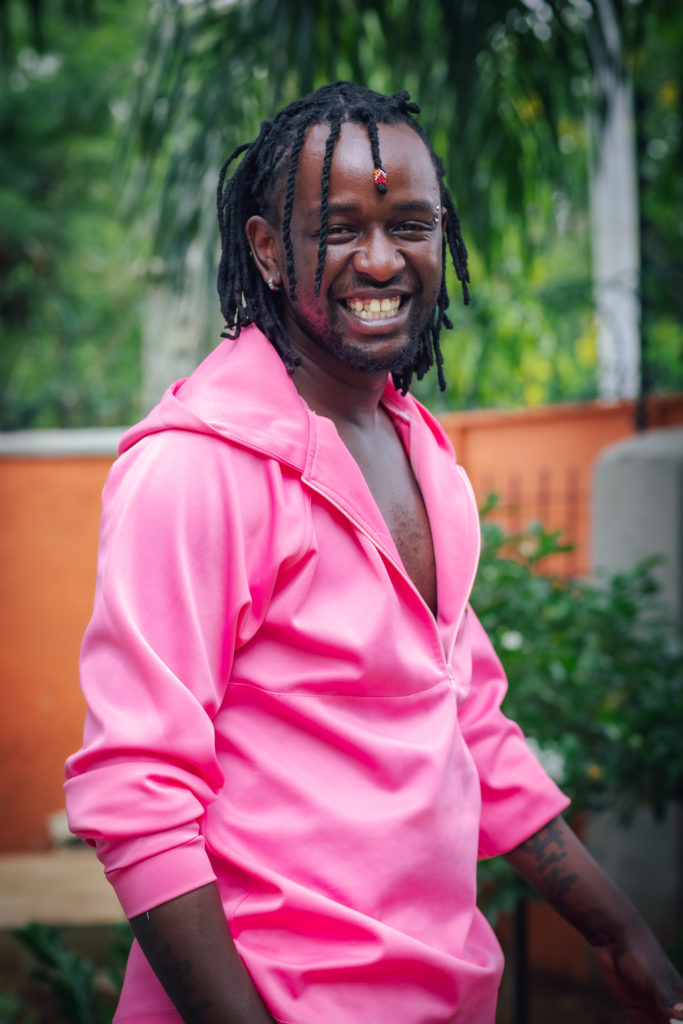 What would you say brings out your uniqueness?

My uniqueness comes from embracing who I am

What has been your secret to getting this far?

Focus. I’ve always wanted better for myself. I push for that better, not waiting for things to magically fall into place. I intentionally work at getting the most out of life. That said, I still endeavor to live one day at a time and find the balance between living and appreciating the fact that I am alive.

What expectations do you have of your current project, Simple Man?

I want someone to pause for at least 30 minutes of their lives and get lost in another world – that world that they dream of, what they would want for their own lives.

What are you most grateful for?

What has helped you grow as a band?

Being disciplined in time management. We are intentional about what moves we are making towards growth and we work at this daily. That means, we have an action plan that governs how we spend our days.

What are your dreams for H_art the Band?

Creating systems that work. Music is a wonderful work of art. However if one does not manage it as a business, then there will be no longevity. My dream is to establish systems that help us live off what we are creating now in years to come; to build wisely while we yet have the vibrance.

Tall, dark and very friendly. He’s vegan (I just thought you should know). a gifted songwriter with the melodious voice of an angel. He likes to read and play his guitar.

Also known as Dex to his friends, he prepares and keeps the financial records of the group as this is his other forte – the CFO of the band. As the Music Man, he has the last word on the direction of the music produced by the band. 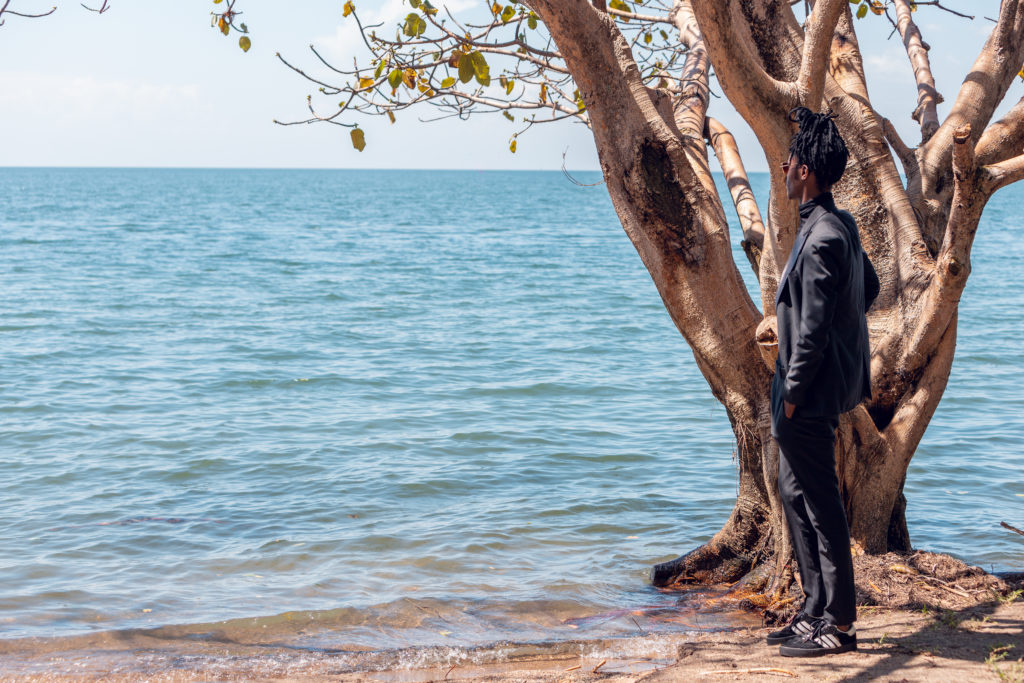 How would you describe your creative process when it comes to music composition?

That process depends on where I am. I pay attention to what is happening around me and within me. Sometimes as I play my guitar, a tune is born and with it, some lyrics. I can’t say my creative process is cast on stone. I don’t have one specific way in which music is created. I’ll think of something here, watch something there, hear someone say something over lunch. All these different experiences are enriching my perspective on something; the pieces of the puzzle are coming together. I am also part of a team, which means that as I listen to the input of others, something magical is born because it is watered by other perspectives.

What would you say has put you ahead of the pack as a band?

Wanting it that bad. When we wrote “Uliza Kiatu,” which was our first song, we walked around daily for close to 2 years seeking to play gigs for free. When we finally released the track, there were quite a number of people who had watched us play live. That gave us mileage.

Hunger is a prerequisite for achieving whatever one wants in life. How bad do you want it? Whatever your ‘it’ is? In retrospect, there were people who were divinely placed on our path to assist us along this journey. Our success this far has not been without much help even from strangers.

Why are you so fascinated by music?

Because it speaks to the heart, it a universal language that transcends our differences as people of diverse tribes, nations and races. One can listen to a song produced in South Africa, not understand a word yet feel a strong connection to that piece of art.

At what point did you discover that your fascination in music wasn’t just for enjoyment, it was your path of purpose?

My parents had a musical inclination, so I grew up in an environment where music was appreciated.

What are most grateful for?

The fact that I am alive and sane

Why are you a vegan?

It’s a choice I made a couple of years ago. For health purposes and other personal reasons

How have you handled the rough chapters of life?

By taking one day at a time. I have found that there are things that just get sorted out by me just letting go. 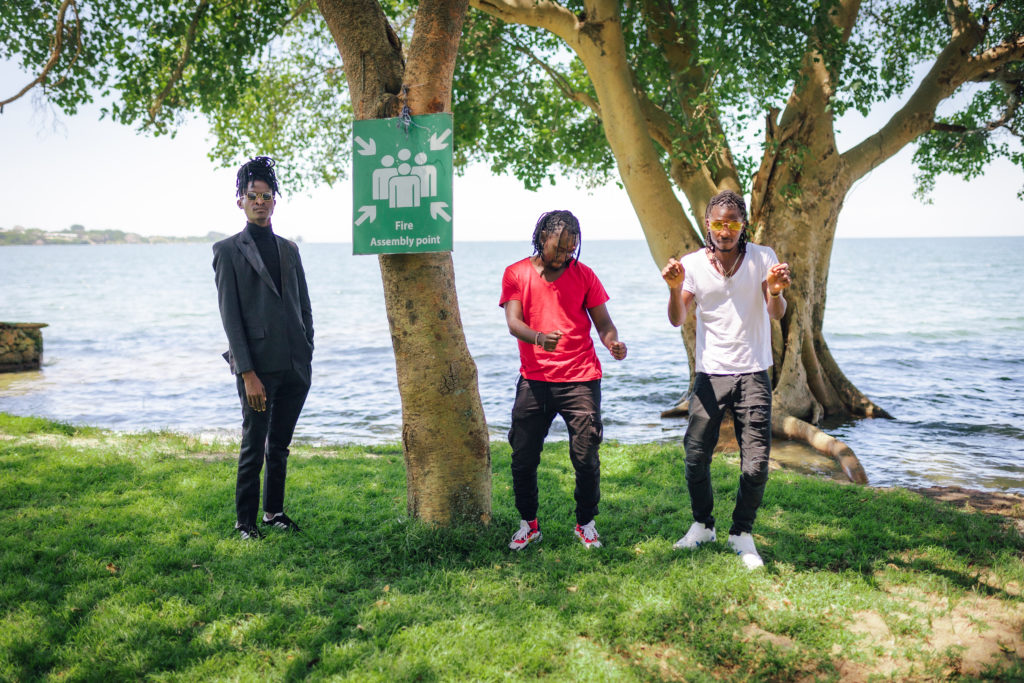 H_art the Band at Rusinga Island, after performing at a wedding. Photo by Chasing _lenses

KENCHEZ – The Actor and Fashion Designer

It would be easy to presume he’s the tough guy (maybe that’s just my presumption). The contrary is true; he has the heart of a child, such a teddy bear. He is quite friendly, likes to laugh and stay out of trouble.

He’s the guy that determines how the band looks, the one who will turn back Skoko if his shirt just isn’t fit for the occasion. He also works on managing the operations of the band – the COO if you will. 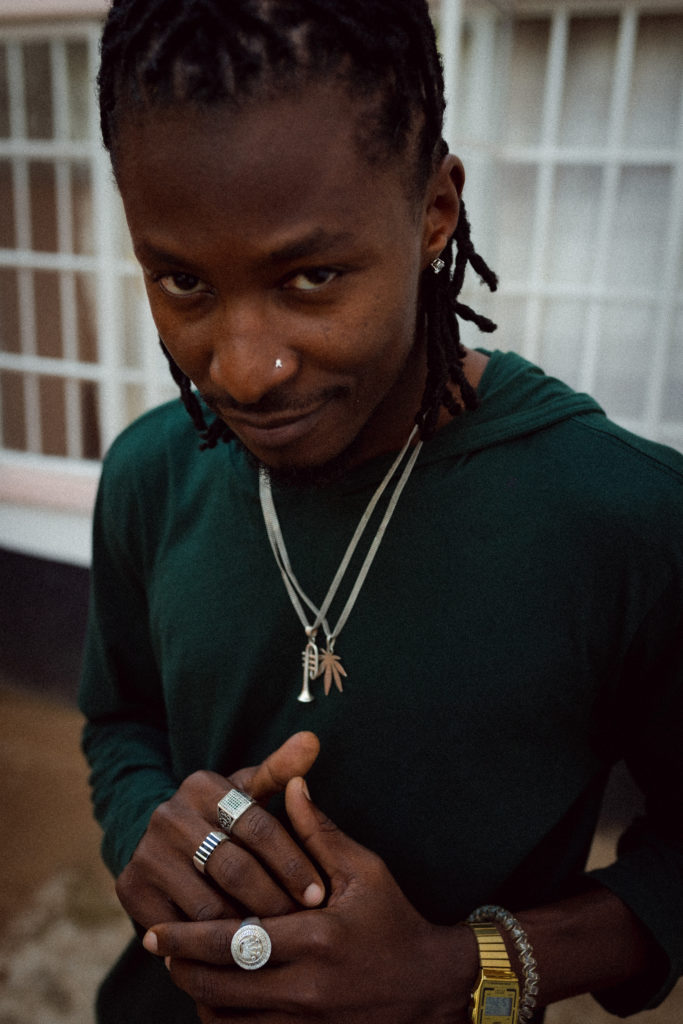 What has been the inspiration behind you pursuing this path?

One thing led to another. I started out by acting. We used to act in theatres with Skoko, that’s where we met. We would play my guitar in the streets of Nairobi just to unwind, but this would attract a lot of attention, especially from ladies. They would often ask what the name of our band was. There was no band, just 2 guys enjoying music. We later met Mordecai and as they say, the rest is history.

My grandfather was famous for playing litungu, a 7-stringed instrument popular in the Luhya community. Maybe I got my musical inclination from him, just saying.

How would you describe your journey this far?

The journey has had its ups and downs. There are times I felt like we were not appreciated because certain people didn’t see the value of what we carried but there are also times when this gift opened doors for us. In all, I’m grateful for the far we’ve come even as I appreciate the fact that there remains room for much growth.

What’s your take on the subject of purpose?

I think it is important for one to find themselves. It might take a while because the kind of system we have been brought up in doesn’t teach or encourage us to discover our gifts early but it is important to be open to understanding what we are good at. For one to build anything, being intentional has to be part of the equation. You can’t build if you don’t truly know what you want or what you are wired to thrive in.

What would you say is the importance of being in a creative camp, such as the one you have just come from?

For one, working in an environment with minimal distractions helps us to achieve so much more. Working with Cedo is also a major plus. Cedo listens. He pays attention to what we really want and is attuned with our vision and passion as a band. He also has an amazing work ethic that makes it easy for us to work with him.

If you could change one thing about your life what would it be?

I would have preferred to grow up in a stable environment. I moved schools a lot and watched my parents constantly fight over things I did not understand. I love them to pieces but I wish they would have found a way of sorting out their differences without putting me in the middle of their tags of war, even if it meant agreeing to disagree.

How do you deal with conflict in the group?

Communication. We don’t keep grudges, if one of us is unhappy with how matters are being handled, we lay the issue on the table and discuss it like adults. We respect each other’s opinions and preferences. We work at not crossing certain boundaries that would offend any member of the group. The fact that we have natural chemistry as a band helps a lot. We think alike in many ways. This makes decision making easy.

What is your personal secret to growth?

I’m very intentional when it comes to creating an environment that allows for growth. I’m also very deliberate on who I hang around most of the time. Your company determines the trajectory of your life, that’s a fact.

What are your dreams for H_art the Band?

To see us run a conglomerate some day; have a centre for creative minds, a company that offers Creatives mentorship and support on the business side of art, a fashion line, a company that offers professional song writing services just to mention. This comes from my analysis of diversity in the strengths of talent and ability that each of us within the band carries.

What are you most grateful for?