After the overwhelming success of ‘Rafiki’ which became an international sensation and in 2018 became the first Kenyan film to screen at the Cannes Film Festival, Wanuri Kahiu is on the move again after signing a major deal with Disney +.

Despite the fact that her first film received backlash in Kenya and was even banned, this gave her recognition beyond the borders and saw her bag several awards from the same.

The filmmaker has once again shared exciting news with her fans revealing that she will be directing a modified version of a 1990’s film titled ‘Once On This Island’ for release on Disney +.

“I’m grateful to be directing the film adaptation of Once On This Island for Disney+ with scriptwriter Jocelyn Bioh @jjbioh (School Girls/ She Gotta Have It/ Russian Doll)!!!A musical about true love, Gods and the magic of radical hope!” she wrote in her post

The original film ‘Once on This Island’ was based on the 1985 novel My Love, My Love; or, The Peasant Girl by Rosa Guy and was a recording of a stage performance. However, it is highly expected that the revamped version will be a more traditional adaptation.

Kahiu will be working on this musical film alongside popular Ghanian-American writer Jocelyn Bioh who is an accomplished playwright known for off-Broadway’s School Girls; Or, The African Mean Girls Play, as well as Nollywood Dreams. 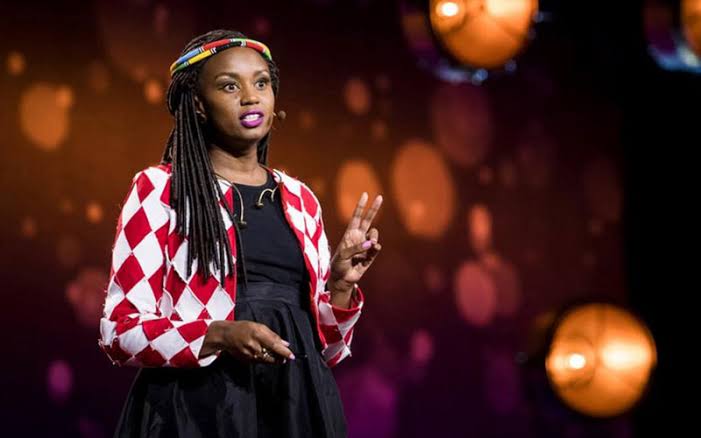 In a tweet by Jocelyn, she reveals how she is so thrilled to be part of the project and in fact, admits that her working experience with Wanuri has been amazing.

Apart from this big project that is underway, Wanuri’s counts double blessings after ‘RAFIKI’ was recently honored by GLAAD Media Awards as an outstanding film.

How I Became King Of Africa’s Comedy, Eric Omondi Speaks of his Plan to Take the Kenyan Flag to the World