Della MbayaMarch 8, 2018Comments Off on Victoria Kimani Set To Kick Off Countrywide Tour0

The singer Victoria Kimani is set to begin her nationwide tour this weekend. 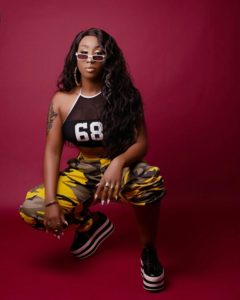 Her first concert in the tour will be in Kisii town on 10th March at the Mocha parking lot, the second will be held in Eldoret on the 17th March at Club Timba, the third concert will be in Nairobi on 30th March at the Diamond Plaza 2 and the fourth stop in Mombasa, will see her show face twice: one time at the English Point Marina as well a free concert at the Mama Ngina grounds.

“I want to create an experience that my fans in Kenya do not get to see often from me, and also from a woman. Each city will get to experience me performing my greatest to latest hits as well as create fashion moments that will live forever and my stage attire will be made available via Kimani Couture on the tour as well as online,” Victoria Kimani says.

This tour comes ahead of the release of her latest body of work, and songs will be performed from her iTunes charting debut album, SAFARI, which is the last project to be released under her previous label.

During the tour, Victoria will also be working with young musician in each of her stops to ensure she promotes some of the local acts in the area.