Multi award-winning South African documentary, Stroop: Journey into Rhino Horn War isn’t here to tell you what to do to save rhinos. Instead it wants to challenge you with its in-depth no-holds-barred story into the rhino poaching crisis that transcends boundaries from South Africa’s vast Kruger National Park to a brief detour in Kenya’s Nairobi National Park to Asia’s black market where rhino horns are traded merely for status symbol and for its superstitious ability to cure diseases as serious as cancer.

In its most violent and touching moments, Stroop will expose you to the grim realities of rhino poaching, the imminent extinction that threatens a species and the blatant, persistent human cruelty that propagates it. But it will also give you hope; hope that there are people out there, heroes in their own right, who believe in saving rhinos, and who have put their lives in danger to do so.

“Stroop is a film about rhinos, but it’s also a story about humans that are working tirelessly to save these animals, and we felt that. There’s always hope and the people we filmed always had hope, they believed that we can save rhinos. Meeting heroes on the ground and you see what these people, researchers, vets, rangers, activists are going through, that drives you,” Susan Scott, the director of Stroop, says.

It’s this ability to shatter hope and restore it at the same time that makes Stroop the powerful film it is. “The reaction this film has had and the impact gives me hope that people want to do more and get involved in rhino poaching crisis,” Susan continues.

What is Stroop about?

Bonné who lends her voice as the narrator of the 2-hour film reveals how an emotional moment while filming at Kruger National Park in 2013 gave birth to Stroop.

“While working as a wildlife television presenter for a flagship program called 50/50 on SABC, the ranger took us to a double carcass at Kruger National Park where we were filming a story. Susan told me to sit in between the two carcasses, speak into the camera and tell the viewers what I was feeling. She told me I had 12 minutes to do the story, and I was like how can you tell such a complex story in 12 minutes. I was so overwhelmed by so many questions and emotions, and it was in that moment we realized that we had to do something bigger. That’s how the idea for making an independent documentary started,” Bonné says.

Crowdfunded and made independently, Stroop is a “true, raw rhino story” as Susan describes it.

“It was important for us to keep this film independent, without censorship and no hidden agenda and hope that it does well at film festivals. For us, this was more than a job, it was   our film and our passion.” Susan says.

A dangerous journey into Asia

There’s a myth that rhino horn can cure cancer; a dangerous superstition that continues to feed rhino horn’s biggest demand in Asia where it’s seen as a treasure more valuable than gold and traded openly in the black market. But to uncover this story, Bonné and Susan had to go undercover in Asia, putting their lives at risk in the process, using key and button cameras to avoid suspicion, and even changing hotels.

“Rhino poaching is such a sensitive topic, and we’d never filmed undercover before so were definitely scared. For us to capture this illegal trade, we also had to become illegal ourselves. But I think you just have to focus on the story you want. South Africa loses three rhinos a day – 1 in every 8 hours. We wanted to show the world the demand for this thing that rhinos are being slaughtered for, and we were not really thinking about the risks before-hand. Only when we were back in South Africa, we were like ‘Oh my God, what were we thinking?” Bonné says.

Like Bonné, Susan’s commitment to telling the story was unshakable despite the risks. “I’m a film editor and I was wearing a camera and worrying about the footage not coming out. I strapped the camera to Bonné, I made sure that I was filming overtime on my cell phone. But you take risks because you basically have one shot, if we get exposed we can never go back there again, that is if we are not thrown in jail.”

The most emotional moment

A film as brilliant and as deep as Stroop has many emotional that will shake you but Susan singles out one moment that was really difficult to film, it’s a moment that occurs almost at the end of the film, at the Thula Thula rhino orphanage where tragedy strikes twice.

“It was definitely the attack on the orphanage. We’d spent so much time there, and to go back and see the cruelty done to the animals that we had gotten to know. As well as to see people affected by this incident – the fact that these were real people that were brutally assaulted. That was really tough to film. But it’s interesting that I didn’t get emotional filming, I got emotional in the editing suite when going through the footage.”

A multi-award winner and a film festivals favourite

Since its release, Stroop has won 24 awards and has been screened in 50 film festivals, something that Susan and Bonné didn’t anticipate. “I remember when we were in the edit suite and I said to Bonne that it would be awesome if we get nominated for just two or three film festivals so we could grab the attention of a distributor and get the film seen. And she was like, ‘No we need to win an award because South Africans would not pay attention to the film unless it wins an award.’ Stroop has now won 24 awards and has been screened 50 film festivals, so yeah, we didn’t anticipate this. But it’s crazy, that’s how the success of a film is judged by how it does at film festivals and the awards it brings in.”

Stroop was also nominated for Best Presenter and Best Impact awards at 2019 Jackson Wild Media Awards, arguably the Oscars of wildlife, the former in which Bonné was nominated alongside Dame Judi Dench.

“This Impact nomination was our goal from day one when we started the project. The film does impact people very powerfully, and we took a lot of risks, and it’s not traditional television, and audiences appreciate that and they are saying yes, it’s different, we need to see more of these from the ground.” Bonné says.

Stroop: Journey into the Rhino Horn War is now streaming on Showmax. 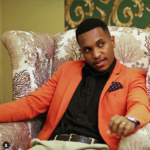 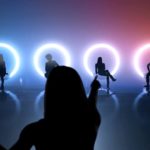 Historic Talent Search Show About to Hit Your Screens