Maxwell NyotaAugust 29, 2018Comments Off on Safaricom Twaweza Live Takes Over Kisumu By Storm0
The Kisumu edition of Safaricom Twaweza Live closed with electric performances on Sunday at ASK Showground, Kisumu. The concert saw over 18000 fans come out to have fun and witness the stage performances.
The live music concert had a lineup consisting of the legendary duo Gidi Gidi Maji Maji, Nameless, Musa Jakadala, Jah Bruno, Jua Cali, Willy Paul, Akothee, Mercy Masika and King Kaka and the did an incredible job of keeping the fans entertained. 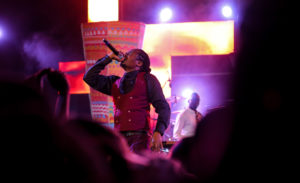 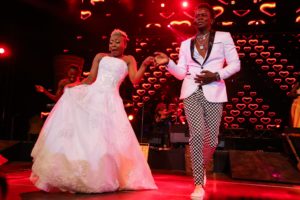 The Kisumu version was the fourth edition of the Safaricom Twaweza Live concert following Eldoret, Meru, and Mombasa. The series will proceed to Machakos and end in Nairobi.
Here are some of the images from Kisumu.
Nairobi’s Concord Hotel Cuts A Majestic Figure Across Parkland’s Skyline Previous post
King Kaka Becomes First Remy Martin Brand Ambassador In East Africa  Next post