L LJuly 31, 2020Comments Off on Rafiki Continues To Receive Accolades0

2 years later, the Kenyan film Rafiki starring Sheila Munyiva and Samantha Mugatsia, produced by Wanuri Kahui is still getting recognized by various award bodies. So far, the movie has been nominated and won awards like the Africa Movies Academy Awards 2019. Rafiki won Best Achievement in Editing and Best Film in an African Language out of ten nominations it received that year. The film also scored Kenya marks as the first feature film to debut at the Cannes festival.

Yesterday, the film won at the 31st GLAAD Media Awards. GLAAD honours media for fair, accurate, and inclusive representations of LGBTQ people and issues. The show was hosted by comedian Fortune Feimster and Gina Yashere while more entertainment was provided by Chloe x Halle who performed their hit “Do It” with RuPaul’s Drag Race alums Vanessa Vanjie Mateo, Mayhem Miller and Naomi Smalls. 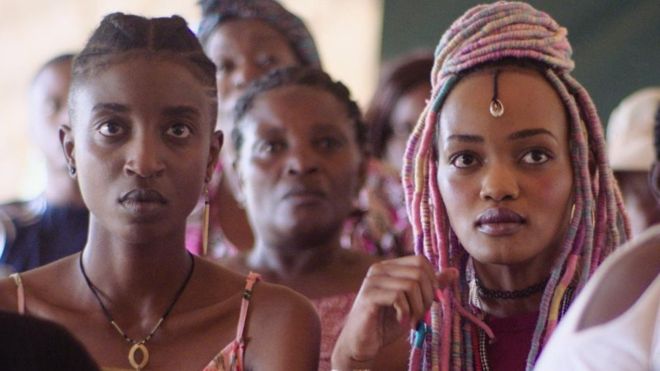 Filmmaker Wanuri made the announcement via twitter where she also shared that she landed a new job with Disney +.

“To our brilliant cast and crew! RAFIKI keeps shining your light! Thank you for being part of this work! We salute you! Thank you@glaad.”

Rafiki has to be one of the most controversial Kenyan movies due to its subject matter that caused it to be banned by the Kenya Film Classification Board. It’s quite something to see how the rest of the world is receiving this Kenyan piece of work so positively.

Sauti Sol talks Sol Family, the Parts that Made Bien Cry and Welcoming Polycarp’s Baby Into the Group