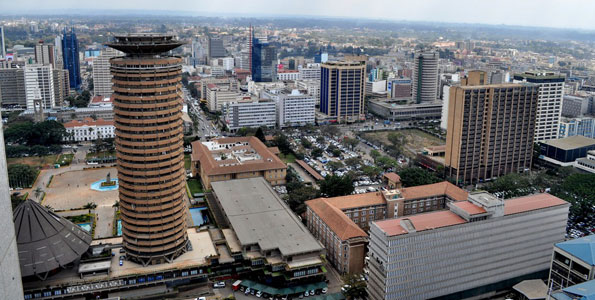 They flock from America’s top universities, grad programs and consulting firms to the pulsing heart of a new Africa. From glass towers and Ivied halls to cramped garages, cooperative work hubs, and overflowing makeshift live/workspaces, these young, talented and driven entrepreneurs are riding a new wave of social enterprises, crash landing into a rapidly rising east African capital.

The most populated city in east Africa, and one of the fastest growing, Nairobi, Kenya has become an extremely strategic regional center for business, banking, development, and politics. A destination hosting a diverse mingling of foreign inhabitants, from emissaries, ambassadors and development agencies to mobile innovators, technologists and consultants, Nairobi has just recently to crept into the international market as a city to keep an eye on.

Yet economic potential and business prospects are only part of the reason why Nairobi’s become a bustling hub for young social innovators and social entrepreneurs from Brown, Harvard, Stanford, and MIT, who give up jobs at McKinsey, Bain, and Goldman Sachs to be here. So what is it?

It’s what I’ve come to dub as the four P’s — Potential, Poverty, Politics, and Parties — a unique blend that draws a distinct class of Gen-y ers looking to make money, make a name for themselves, and make a difference.

Let’s start with potential. At a dinner recently, I asked a few folks what their favorite part of living in here was. Hands down, they all said, it’s the people. Not just their fellow expatriates, who seem to keep coming in droves and reinforcing a self-fulfilling prophecy of the city being a great emerging capital for bright young social entrepreneurs, but the young Kenyans. They feel that Nairobi has a certain buzz, the collective revving of engines by a generation of Kenyans craving something different.

The country’s slowly improving education system is churning out a new generation of university graduates who are aggressive, ambitious, and hungry for a better future. They are fiercely proud of Nairobi, and feel they hold the responsibility for its economic future and its emergence in the global spotlight in their hands. They no longer graduate university with hopes of ending up at the once best paying jobs in town — UN agencies and the scores of other well financed NGOs. Instead they dream of starting their own business, or finding work in an increasingly robust private sector full of entrepreneurial ideas. The same cannot be said in most of Kenya’s neighboring countries.

Plenty of the young Kenyan diasporas, after living, studying, and working abroad in places like the UK, Australia, and the U.S., have returned home — and not just to crash on mom and dad’s couch for awhile (although free rent is a certainly a huge plus). They want to be a part of Kenya’s movement — in art, film, technology, finance — and they spot Nairobi as the place to make it happen. It has a pulse. It has potential. And people want in.

Many claim that MPesa, the mobile money transfer service that launched in Kenya and captured the world’s attention, contributed to putting Nairobi on the map, and this is certainly true. But so did budding microfinance institutions, the widespread need for nonprofits due to government failures and regional environmental crises (like the recent drought), and — I’m going out on a limb on this one — a half-Kenyan President of the United States of America.

The mobile phone revolution, from services and applications like MPesa, Ushashidi, M-Farm, M-Shop, and MedAfrica, have unquestionably ignited a newfound interest from foreign investors in the tech sector, and international companies are beginning to put Nairobi on their map as an emerging market waiting to be served. As the middle class rises, companies are eyeing tremendous potential and opportunity for Kenya, as well as a base of operations to capture the rest of east Africa when those economies rise.

Lending to all of this is an ease of communication you don’t find in other parts of east Africa. Kenya’s colonial history left plenty of negatives I won’t dive into, but one positive outcome, at least for attracting international business, was a wealth of fluent English speakers, and English and Kiswahili both being official languages integrated into the education system.

Next up? Poverty. The business of poverty is, sadly, still booming in Kenya. Despite decades of nonprofit (and, on occasion, government) interventions working to make life more livable in places like the Kibera slums (one of Africa’s largest slums) there’s little to show for it all. Even so, nonprofits continue to spring up in hope of “saving the day,” and social enterprises are emerging to create more tech-based sustainable, even profitable, solutions to the health, water, sanitation, energy, financial and housing challenges Kenya’s vast poor still face.

Yet for a city that hosts an elusive allure of poverty, alongside the “groundbreaking,” “innovative,” and [insert buzz word here] solutions to it, it’s also still filled with all the modern amenities needed to make expatriates feel right at home (fancy shopping malls, sports clubs, fine scotch, bagels). In fact, most young expats here live exceedingly higher quality lives than they would be in the States, as long as they don’t mind occasionally choking on clouds of black smoke pouring from the buses or accidentally falling into a flooded man-eating pothole.

As for politics, well, with three extremely high-ranking government officials splitting their time between The Hague and serving their duties in Parliament, plus endless corruption scandals, it couldn’t be a more intriguing political environment to work in. A dash — okay, a fat dollop — of corruption makes an everyday activities seem like game of chance, and prepares you to always expect the unexpected — and more often simply the inconvenient — in pursuing business. It’s challenging, yes, but in a way an exciting learning experience for young Americans eager to build businesses in developing economies.

Lastly, of course, is parties. Booming nightclubs stay open till 7 or 8 a.m., where you can dance to deep global beats with an eclectic mix of Kenyans, Americans, Europeans, and whoever else wanders in. Yet come Monday morning, if you’re an American under 30, you’ll most likely be trudging around the slums of Kibera, testing out a new technology or service that does this-or-that to help empower residents — those who really are yearning for a leg up in life and a better tomorrow.

Despite the poverty, unemployment, and the immense infrastructural overhauls needed, or perhaps even in spite of all of it, Nairobi offers a little something for everyone. Especially for that class of fresh Gen-y graduates who seek a delicately fine balance of “doing good,” “doing well” and building a robust portfolio of challenging experiences and environments, all the while not sacrificing an entertaining social life.

But, let us not forget, there are plenty of young Kenyans who are migrating to, back to, and coming up in, Nairobi, for the same reasons. Though they have a bit more personal, and frankly patriotic motive to be here. It’s their country, their capital, and they’ll be damned if a bunch of foreigners are the ones who take credit for making things happen. 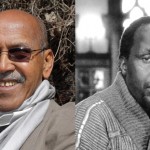 An evening with Ngugi wa Thiongo and Nuruddin Farah 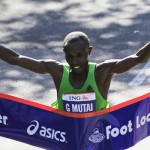