L LOctober 6, 2017Comments Off on One Vibe Africa Founder Simon Okelo Set On Empowering The Youth Through Arts & Collaboration0

Last week, a number of people, many perhaps in the entertainment or humanitarian sectors, came together at the Michael Joseph Center for a night that promised some great music from the much sought after Nairobi Horns Project and a launch of a documentary series by a guy you may have never heard about – who ended up being the star of the show! Not such a usual occurrence especially when you are sharing a stage with Sautisol and Nazizi…. 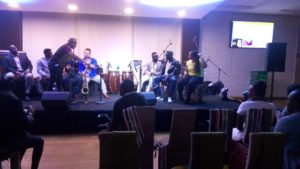 But when a QnA session has 80% of questions directed to one person who grew up in Kisumu and had life teach him a thing or two and decided to share his story with the rest of the world while giving back, then you know he is on to something.

What stands out the most about Simon Okelo, the Founder and Executive Director of One Vibe Africa is how he chose to tell his story. In a country with an ailing film and arts industry, he chose to collaborate with names such as Sauti Sol, Owuor Arunga, Sosuun, Nazizi, Blitz the Ambassaador from Rwanda and Sarakasi Trust’s Marion Op het Veld to spread an empowering message.  The message: Self Reliance through creative collaboration.

The documentary speaks to anyone who may feel the need to do something about their “status quo”. As Wael “L” Abou-Zaki the director and writer of ‘MADARAKA’ says, “The vision for the documentary was to highlight the power of art and culture, systemic issues facing the African diaspora and what can be done when you empower a community. The domino effect that comes from a positive perspective is clear in this picture and showcases what can be done when you change the narrative in your mind and its effect on your surroundings.”

Here are some of the images from the launch. 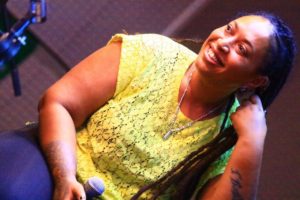 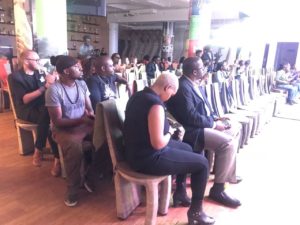