QMGJuly 24, 2020Comments Off on Nick Mutuma Marks His Debut As Solo Film Director In ‘Sincerely Daisy’0

Popular Kenyan actor and film personality Nick Mutuma has marked the beginning of a new milestone in his career after he played the role of solo film director in his upcoming film titled ‘Sincerely Daisy’.

Taking to his social media pages, Mutuma announced the coming of the new film asking his fans to look forward to the trailer in the coming week.

“Had to post it again because I really love this poster (designed by
@ed_wainaina) for my latest film #SincerelyDaisyFilm This film also marks my solo directing debut in film. Can’t wait for y’all to watch the trailer. It’s out next week” he wrote in his post

According to the actor, the film brings on board upcoming actors and actresses in the film industry who represent the next generation of filmmakers in the country.

Some of the renowned personalities featured in this movie include Foi Wamboi and former Tahidi high actress Jackie Matubia.

With less detail provided in regard to the theme of the movie, Kenyans have expressed their excitement and congratulated him for this project. 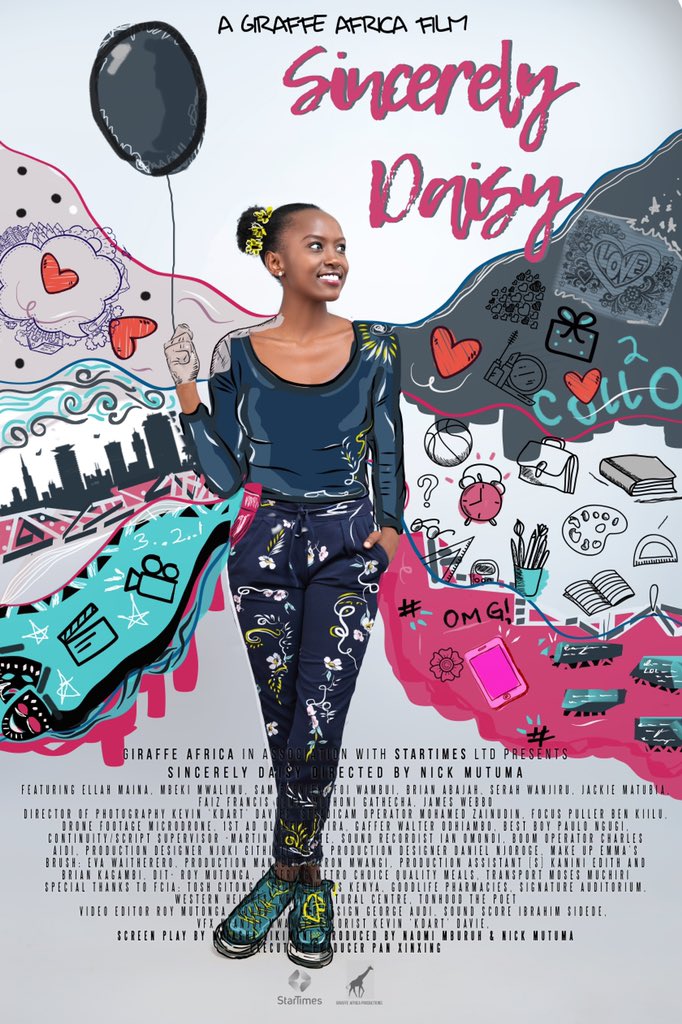 ‘Sincerely Daisy’ counts as his second film after the previously released ‘You Again’ which overwhelmingly received good reviews from film lovers.

In a past interview, Mutuma admitted that his transition experience from acting to film directing has been quite an uphill task.

“As the old saying goes, nothing good comes easy. The transition has been far from easy but I’ve enjoyed the journey every step of the way,” he stated

Apart from the two grand films he directed, the actor is known for his contributing role in films like Shuga, This is It, Disconnect among others.

Recently, the film icon revealed that his dream in the industry is to have one of his films on Netflix.