Originally released in 2010, Ni Wakati (It’s Time) is a story that re-introduces Africa’s rich diversity to the rest of the World, through the eyes of hip-hop’s M1 (dead prez) and Umi (P.O.W.) who travel to East Africa on a revolutionary journey of self-discovery that touch their hearts.

Stream Ni Wakati now with a special discounted rate HERE. Just type in KENYANVIBE and get our special limited discount. 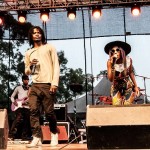 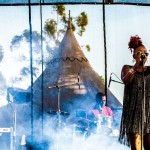