Tesa is a feel-good party song that would best fit in your clubbing playlist. It premiered today on YouTube as promised by Nadia Mukami. The track has an upbeat tempo that was produced by super producer Vicky Pon Dis. The colorful visuals to the music video were directed by Deska Torres.

All the performers in the track sing about having a good time and looking amazing for a Friday night party. The excitement for the night is palpable in each verse. Nadia, Fena Gitu and Khaligraph Jones deliver both lyrically and vocally in their respective verses. The chorus by Nadia is also very catchy making it easy to sing along.

Below is the music video:

This iconic collaboration that brings together some of Kenya’s most talented artistes definitely deserves airplay in both the local and international media stations. Nadia also announced on her social media handles that she would be doing a media tour to promote this song. 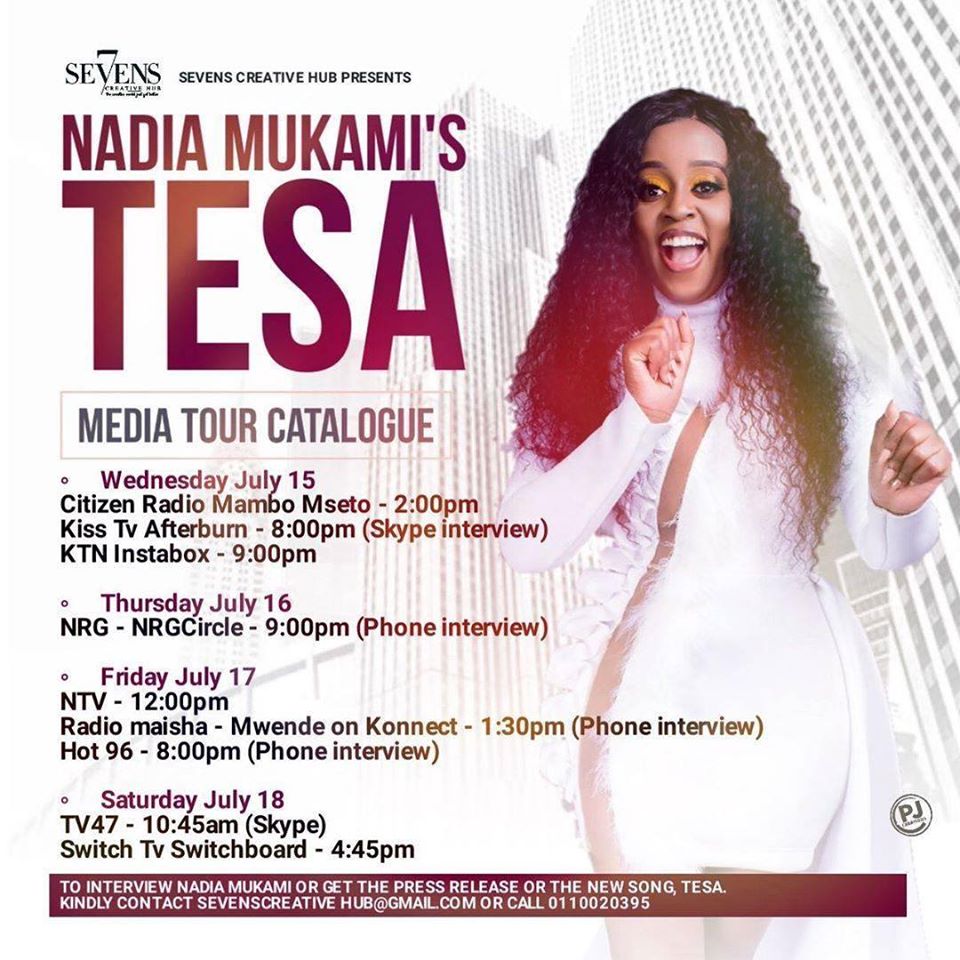 Fans are loving this new song if their comments are anything to by. The song already has over 22k views at an hour old. It follows hits such as Ikamate, Jipe and Million Dollar among others.