NjeriJune 22, 2021Comments Off on Meet The Only Female Driver In Upcoming WRC Safari Rally Maxine Wahome0

All roads lead to Naivasha this weekend for the much-anticipated WRC Safari Rally event slated for June 24-27, which will feature only one female driver by the name Alice Wahome.

This will be Maxine’s rallying debut. She is a four-time Kenya women’s motocross personality of the year after a short stint in autocross. Maxine is teaming up with Chantal Young who will be her navigator in a Subaru Impreza N10. In the male-dominated rally, the two are part of the local Betika outfit dubbed ‘Betika Yengs’.
“In the core front of nurturing talent and supporting sports diversity, Betika Na Community today has extended its support to 8 Kenyan rally participants who will be taking part in this year’s World Rally Championship. Sports personalities also need a decent living which is why Betika is spreading its tentacles to Safari Rally Kenya,” Betika CEO Nick Mruttu said.
Speaking to reporters, Maxine expressed her excitement at getting to participate in the Rally. 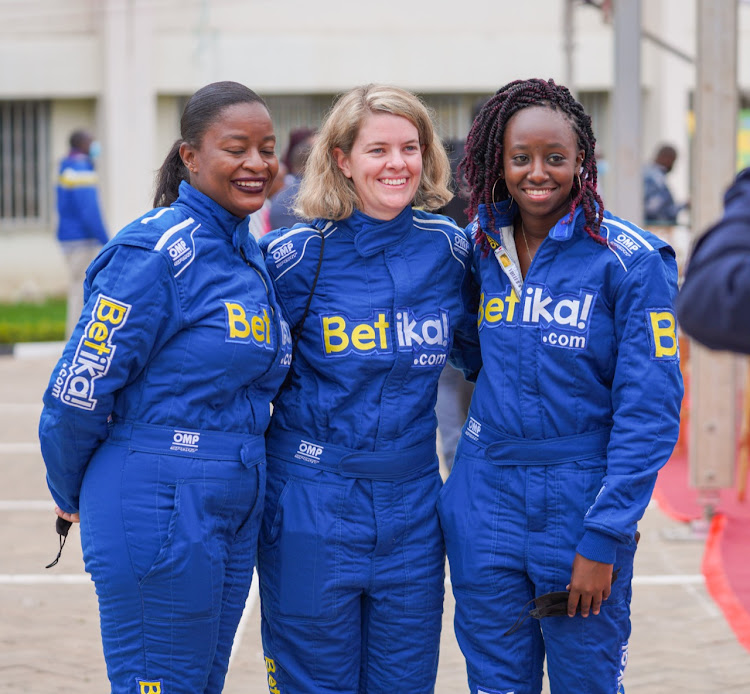 “I’m just getting started in rallying and I’m overly excited. From my early motocross days, I never imagined I would reach this far in my career. I want to continue the legacy of my lady predecessors,” said Maxine.
Maxine comes from a family of Safari Rally enthusiasts as her father is retired rally driver Jimmy Wahome.
KBC Rebrands, Bringing Back Veterans Catherine Kasavuli and John Indimuli Previous post
Shiksha Arora Reveals Getting Strangled and Robbed In Nairobi Traffic Next post