Maina Kageni Reveals He Didn’t Want To Be On Radio

NjeriMay 28, 2021Comments Off on Maina Kageni Reveals He Didn’t Want To Be On Radio0

Popular Classic 105 morning radio host Maina Kageni has revealed that he had no intention of getting on radio.

During an interview with Jalang’o, Maina made the wild revelation that has raised many eyebrows considering his lush lifestyle and successful career so far.

Because of this, Kageni chose to lie about his previous salary, a move that proved fruitful as Kiss 100 tried to poach him.

“I get a call from Patrick Quarcoo, and we agree to meet at the Trattoria…So we sit down and he says you need to come. That time the phrase was make the ‘Big Switch to Kiss 100’. 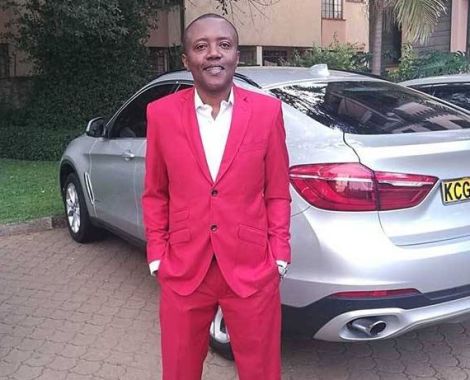 So we talked about my salary; Nation were paying me Sh60K, so I told him I was earning Sh180, 000 and he doubled it. So he gave me Sh360K, and said join Kiss 100… I finish my tea and say I will get back to you. Went back to Nation and told my boss about the deal and he said Go. I left with his blessings and he said you can always come back but you need to go there,” explained Maina Kageni.

Today, Maina is one of the richest radio and media personalities in the country. If a salary increment of that magnitude wasn’t enough incentive, Quaracoo had more in store for the media guru.

“I get to Kiss and Patrick Quarcoo says I need you to get the ‘Nation’ out of your system. So he gave me two months’ salary, gross in cash and said go and enjoy yourself for a month and then comeback. Nikaenda nikajibamba, then came back and started work, after three months he said you need an incentive, tukapelekwa Simba Colt motors, that time they had the newest SUV called outlander and told choose one, na tukapewa logbooks tukaambiwa hamna deni. Twende kazi sasa. How do you not give your 110% to something like that,” narrated Maina.