Popular media personality Maina Kageni has thrown his weight behind Jalang’o who announced his political ambitions just a few weeks ago. 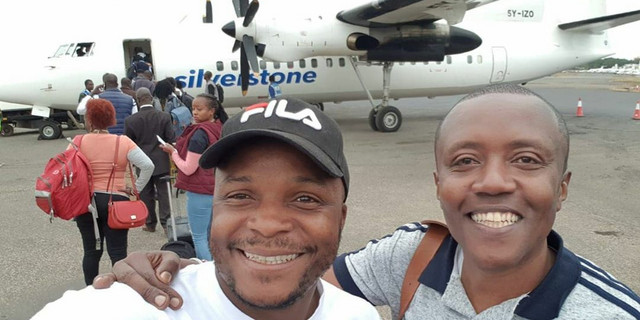 Talking to Jalang’o on his hit youtube show ‘Bonga na Jalas’, Maina Kageni showed his support for Jalang’o political ambitions. He promised to give him money to fund his rallies.

“I will give you money and I will be at your rallies because I am not at the beck and call of some party leader,” the presenter promised.

Maina however warned Jalang’o to keep his head high and retain his agenda even after getting into government.

“If you go into Jubilee or ODM, your thinking must conform with the thinking of the people at the top. Anything outside that and you’re branded a rebel, so suddenly the Jalang’o we know getting into politics won’t be the Jalang’o we see.

“Look at Moha, we were hiring that fiery guy to go make noise in Parliament to advocate for change on certain things across parties for the good of the country then….Look at our friend KJ who I love more than life, but he had to conform because that is how politics in Kenya works which is so sad,” the Classic FM presenter concluded.