Portraitist, lifestyle and commercial photographer Lyra Aoko, recently shared the photos which she took at the Maasai Mara National Game Reserve and they are simply breathtaking. The images of the wildlife, greenery, camping sites and sunsets of this beautiful game reserve showcased the multi-talented photographer’s incredible camera skills.

The photos which were uploaded to her official website also captured the beauty of the Wildebeest Migration and the picturesque cause of nature during this unique time. The migration which normally takes place between July to October is one of the ‘Seven Wonders of the World,’ as over 2 Million Wildebeests migrate from the Serengeti National Park in Tanzania to the Mara National Game Reserve in Kenya, in search of greener pastures. The unique migration is also accompanied by preying Crocodiles and lions which patiently wait to hunt down the nomadic wildebeests. 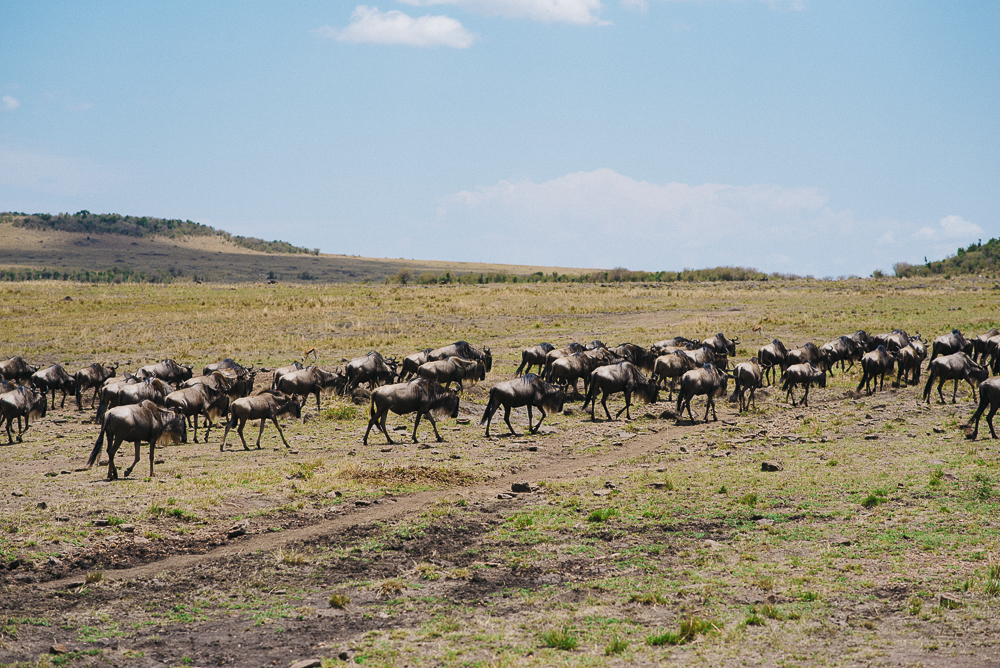 Lyra who is the founder of Lyra Aoko Creative Studios also accurately captured the shots of other animals such as giraffes, elephants, buffaloes, zebras, hyenas, hippopotamuses and various varieties of birds.

The former Samsung Ziki Star Winner has immense talent makes her one of the most sought-after photographers in Kenya. You can check out more of the pictures on her website here.

The breath-taking shots will inspire you to you save up for a trip to this cherished Kenyan Game Reserve.