Kranium Amped For His Debut Show In Kenya

Maxwell NyotaMarch 30, 2018Comments Off on Kranium Amped For His Debut Show In Kenya0

Jamaican born singer Kranium will be in the 254 for his debut performance in Nairobi this April. Kranium will be performing at The Ballroom (former Tree House) on Museum Hill in Westlands, on 6th April during the Free Your Mind Concert. 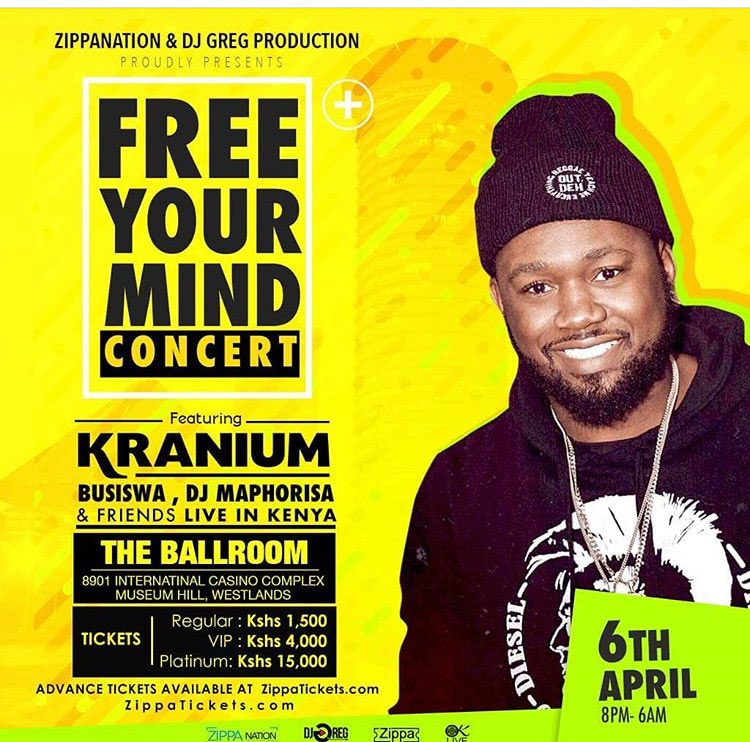 Kranium is clearly excited about his African stops, while he is on his ‘No Odda’ tour across the globe, he keeps teasing it on social media.

He will be hitting Nairobi and Tanzania the same weekend before flying to Canada. He will be on stage with South Africa’s DJ Maphorisa and Busiswa. 254’s top names like DJ Joe Mfalme, Seme, Factory and G-Money will be on the decks to keep the party rocking.

Kranium burst onto the scene in 2014 with the hit single ‘Nobody Has To Know’ which had international recognition and was eventually signed to Atlantic records. Last year his popularity skyrocketed when he teamed with Ty Dolla and Wizkid for the smash hit ‘Cant believe’. After that, he’s had collabos with Major Lazer, Rotimi, Shaggy, Chipmunk and Tory Lanez.

Concert tickets are trading at Ksh1500 regular and Ksh4000 Vip while VVIP is Ksh15000 available at Zippaticket. This event should be a no miss as you are guaranteed to hear some of the bangers from Kranium and Maphorisa live and in the mix as well.