They Conned Me: Kid Kora Reveals Why The Kansoul Split Up

NjeriFebruary 24, 2021Comments Off on They Conned Me: Kid Kora Reveals Why The Kansoul Split Up0

Celebrated musician Kid Kora has come out guns blazing to clear the air on what led to the split of ‘The Kansoul’ while it was still at its prime in the music and entertainment business.

Taking to his Instagram page, Kid Kora aired out all the dirty laundry about the Kansoul. According to him, the split was because he wanted the group to take a new direction music-wise but was faced with stiff opposition from Mejja and Madtraxx.

In a series of rants, he revealed that the two were thieves who ripped him off in their dealings even when he was at his lowest. 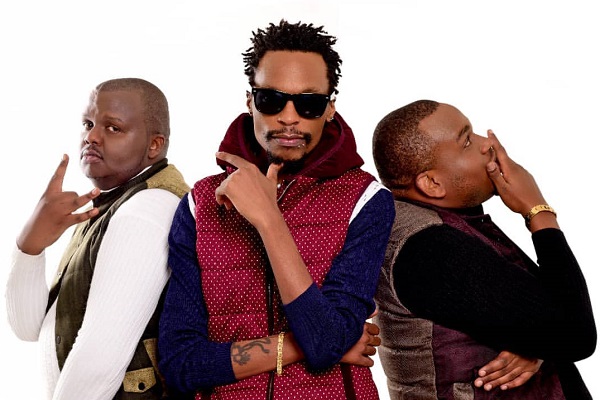 Kid Kora reminisced that leaving the group was the best decision he ever made.

“Funny how I left this group and everything toxic in my life….then things changed for me. Started putting on some weight. confidence is through the roof. Hair growing skin glowing,” he wrote.

Talking about the new direction, Kid Kora said, “After 6 years of doing the same songs, talking about the same hogwash on every single track, I felt the music was becoming repetitive. I pleaded for a new direction, something with a little substance that does not degrade the women we call mothers, sisters and daughters, music that best fitted our age and reality at that moment.”

“34 years old with kids and a wife talking about how many girls you can beba. Talking about clubs but you sleepy AF by 11 pm. back is in pain trying to play a young man’s game. Just wasn’t for me anymore and that’s the only reason why I left. For a new direction for my music, for my health, mental and physical and for my peace,” he continued.

He signed off by wishing the duo all the best as their karma catches up.

“No bad blad. You do you. Ama do me. Moved on but find out y’all played me in a time when I was in the trenches. Son been locked out of school. I let karma get you. My peace is way more valuable than the money owed. May the love flow,” signed off Kid Kora.