Khaligraph Jones First Track Of 2021 Is Worth All The Hype

QMGJanuary 7, 2021Comments Off on Khaligraph Jones First Track Of 2021 Is Worth All The Hype1

Khaligraph Jones is starting 2021 on an even higher gear.

The rapper had a marvelous 2020 which saw him bag at least 10 nominations in both local and international awards. This year, Jones wants to cement his reign as the best rapper in Africa with a highly anticipated collabo with another legendary rapper; Sarkodie.

The song dubbed “Wavy” is already a major conversation even though weeks away from the official release.

Hip-hop fans, not just from Kenya and Ghana where the rappers come from but the whole of Africa in general, are itching to have a listen.

“11th, African Hip Hop will never be The same again,” said Khaligraph on Instagram when announcing the song.

Wavy has been a long time coming.

The buzz around the song started as early as April last year when Jones shared his team is in talks with the Ghanian rapper’s. But even way before that, Sarkodie and Jones have been teasing fans on social media about the project. Two years to be exact.

The plan was to release it last year but Corona happened and everything had to be pushed forward.

“What I can tell my people is that the song is recorded everything is ready. The only thing that is preventing the song from coming out is that we cannot travel as we used to,” said Khaligrap last year in an interview.

“Unfortunately because of the current circumstances and situations right now, we cannot do a video with Sarkodie” he added.

Jones will become the second Kenyan artist to work with him following Victoria Kimani’s collabo with the Ghanian in 2019.

One On One With Soulful Singer Noel Nderitu Previous post
In Pictures: TIA Vitamin C Sundowners and Networking - How It Went Down! Next post 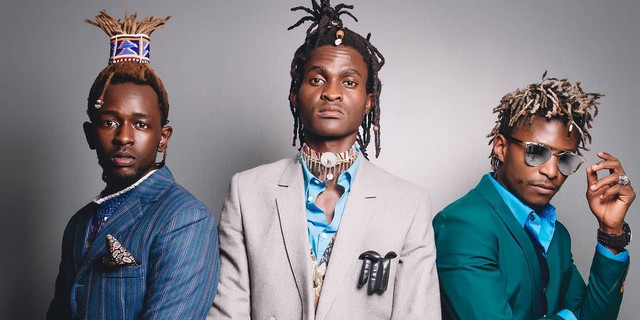