The African Eagles Band (aka The Eagles Lupopo)

Driving north from Nairobi on the new super-highway, the Kilimambogo hills rises slowly ahead of us. My travel companion is Emmanuel Mwendwa, who has spent the past two years researching, licensing, collecting old photos and writing liner notes for the Kenya Special compilation recently released by Soundway Records.

Emmanuel talks about this intriguing archaeological music venture, described in a Guardian review as a “fabulously entertaining history lesson”, and the challenges in tracking down the musicians featured on the anthology. He managed to find almost all of them, or their families, with the exception of the much-fabled Slim Ali of the Hodi Boys band. Rumor has it that Ali is somewhere in the Emirates, but not even his relatives are sure.

We are heading to Thika to meet one of the musicians Emmanuel did locate, the legendary Daniel Kamau Mwai, or just DK as he is popularly known. DK has three tracks on the Kenya Special collection and is also featured on the cover of the anthology. He tells me the cover photo was taken at a concert at the Bata Shoe Company in Limuru in 1979. His extraordinary sideburns were already his trademark then and 34 years later they still impress.

“Kenya has always had one of the most diverse and intoxicating musical cultures in Africa. Yet the immense talent is rarely acknowledged internationally and seldom given the resources it needs to flourish,” writes Doug Paterson in the Rough Guide’s world music bible. The Kenyan music heritage has far from received the same kind of attention that has been directed towards vintage Ethiopian, Congolese and west African music in the past decade. That is until now, at least, as Kenya Special does an incredible effort in documenting a golden era in Kenyan music during the 60s and 70s.

The compilation also highlights the unique and innovative relationship between Kenyan, Congolese, Zambian and Tanzanian musicians in this period when the finest bands of especially DR Congo (then Zaire) performed and even settled in Nairobi. But both DK and Emmanuel emphasize that Kenya Special is only scratching the surface. There are many more musical treasures to be rediscovered in Kenya. 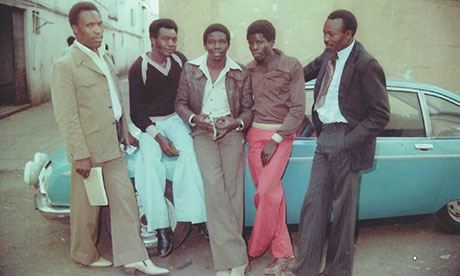 DK Mawi (second left) with fellow musicians and his car in the 1970s. “I wasted a lot of money on cars in those days,” DK says. Photograph: Fusion Magazine archives

We are meeting DK at the Blue Post Hotel – Thika’s grand old lady located where the Chania and Tahika rivers meet to form the twin Thika and Chania Falls. The hotel’s history dates back to 1908 where it was built as a stopover for the white settlers living further north and traveling back and forth to Nairobi. DK has performed at the Blue Post numerous times, the last being the night his mother died in 2011. Today the music coming out of the hotel radio is 80s US pop, and DK and Emmanuel grumble about radio stations stifling the growth of indigenous music as DJs demand higher and higher payments to give songs airplay.

Today is the 31 May 2013, and it has been exactly half a century since DK first time took the stage on 1 June 1963, the day known in Kenya as Madaraka – when the country attained internal self-rule from the UK, preceding the full independence in December the same year. DK explains how everybody on Madaraka day was drunk from a full day of celebrations. His three older brothers were supposed to play a concert in their hometown of Gatanga, a few miles from Thika, but none of them were in a condition to perform. Instead 15-year-old DK took the stage and played to the surprise of everybody present. “I had been watching my brothers play, and when they were out of the house I used to take one of their guitars and practice without them knowing about it. They had told me to focus on my school, not to play music,” he says.

After his improvised debut, DK continued playing in the villages around Thika, although it was another five years before he released his first recordings. He had written a letter to the state-run Kenya Broadcasting Corporation (then known as Voice of Kenya) who referred him to the renowned producer David Amunga, who agreed to record and release his music. Amunga only paid his artists pennies, something that made him unpopular among many musicians of the time. However, DK carries no hard feelings. “I respected him. He played an important part in making me DK,” he says.

DK describes his music as mix of benga and rumba. In the introduction to Kenya Special, Doug Paterson describes how benga, Kenya’s unique contribution to Afro-pop, spread from its Luo origins near Lake Victoria to the rest of the country in the late 60s and early 70s. Soon bands throughout the country were playing their own versions. The Kalambya Boys’ Kivelenge song feature on Kenya Special being a great sample of Kamba benga while the DK and Lulus Band tracks represent the Kikuyu benga. DK is often credited for having made the Kikuyu benga mainstream in Kenya but as he explains to me, most of the benga groups actually had broad appeal: ”There was no tribal music in the 60s and 70s. Kikuyus bought Luo music and Luos bought Kikuyu music. Tribal music was created under (former Kenyan president Daniel arap) Moi.” 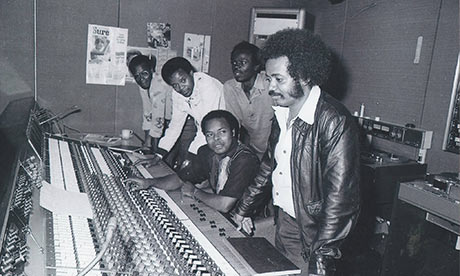 Slim Ali and friends in the studio. Photograph: Soundway Records

In 1970 DK started his own record label DK Undugu Sound (undugu meaning brotherhood in Swahili), releasing both his own hit records with The Lulus Band (earlier known as The Lulus Trio Boys and later the DK Lulus Band) as well as many other musicians. The same year he also opened his own music shop located on River Road, the musical heart of Kenya which Emmanuel refers to as the Motown of Nairobi at the time, hosting endless numbers of music shops and studios.

DK ran the music shop for decades but finally closed it in 2011 due to increasing rents and persistent music piracy. Piracy has been hurting DK and many other Kenyan musicians for decades. “The 70s were really the golden years of Kenyan music. In the 80s the music piracy increased with introduction of cheap cassettes to the local market. The tapes were copied in Uganda and then sold cheaply in Kenya. We tried lowering our prices but the pirates just decreased theirs even further. We just could not compete with them,” he says.

In the late 70s DK and his companions took their fight against piracy to Nigeria. “A lot of Kenyan music was sold in Nigeria but most Kenyan musicians never received any money from it. So we went there to try and find out who was importing and distributing it.” Their mission failed and after a few weeks in Nigeria they had to flee the country as the authorities were threatening to arrest them. But they did manage to see Fela Kuti perform at his legendary Shrine club in Lagos. DK was later invited to the US and Europe to perform on several occasions but never managed to get the necessary visas.

He also got into trouble with the authorities in Kenya. Although his lyrics tackled many political issues, it was his love songs rather than his political ones that got him into dire straits. A few of his hits, including the Nana track featured on Kenya Special, were banned by the state-controlled radio station for containing “obscene” lyrics. Another song called Muriki (meaning “coming together” in Kikuyu) was also banned. “I had to go to Voice of Kenya to convince them to play it. This was really an era of missionary and there was much censorship,” DK says. 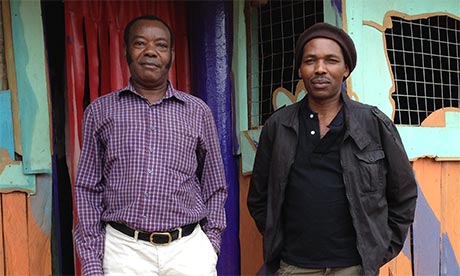 After lunch at the Blue Post we drive to Gatanga, DK’s home turf and the cradle of Kikuyu music. Many of the finest Kikuyu musicians originate from Gatanga and, as Emmanuel tells me, the small town still has the highest density of musicians anywhere in Kenya. DK was born in Gatanga and never really left. The proximity to Nairobi enabled him to keep his home in Gatanga while spending most of his time in Nairobi.

During the years, DK has served both the political and musical interests of his home town. From 1979 to 1992 he was the county representative of Gatanga and he has been the chairman of Gatanga Music Promoters for years and helped launch the careers of many young local musicians. But he says more support is needed from the government: “We need support to create proper recording facilities and we need the government to start taking actions against the music pirates.”

Both Emmanuel and DK emphasis that although young Kenyans generally are mostly interested in foreign music, some of them are starting to rediscover the rich musical heritage of their homeland. And DK definitely sees a role for himself in a future renaissance of Kenyan music. His DK Undugu Sound label closed down years ago but he still runs the DK Wamaria production company and he hopes to soon open a new music shop in Thika. “I have so much more music to give to this world,” he says.

Wangechi Mutu: A Necessary Madness: The Art of Wangechi Mutu. Previous post
Nairobi ranked among top havens for the super-rich Next post