Founder and CEO of Women in Energy & Extractives Africa  (WIOGEA)  Ogutu Okudo has bagged a prestigious award at the 2020’s global energy awards.

Expressing her delight on social media, Okudo revealed that she officially received this year’s Emerging Leader award which acknowledges her for her impact in the oil and energy industry.

“Delighted to receive the Emerging Leader Award at the Global Energy Show @globalenergyshow this year.”  She wrote in her post

Okudo was nominated for this award alongside 3 other contestants selected from different parts of the globe. According to the 28-year-old entrepreneur, this achievement serves as an encouragement to her and others to be confident about their work.

“To be recognized nationally, continentally and now globally for my work in the energy and extractive sectors serves as a constant reminder to myself and anyone else out there; keep believing in your craft, you never know where it will take you.” She stated

Beyond her organization being on the frontline as a voice that represents other women in the energy industry, the established firm has also provided job opportunities to professionals in that line of work. 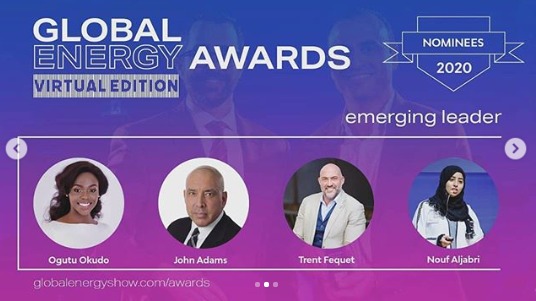 According to the hosts of these awards, their main goal is to recognize and honor the accomplishments of companies, individuals, initiatives, projects, and technologies on an international scale and promote advancement within the energy industry.

Other than this prestigious award, Okudo was featured by Forbes Africa on the 30 under 30 2020 list.

In 2018, she was awarded by Kenya’s head of state as one of the young female Kenyan trailblazers and earned herself a title as the Kenya Upstream Oil and Gas Woman of the Year.

Why Tanzanians Are The Most Streamed Musicians In Kenya