Africa Magic Viewers Choice Awards recently announced their 2019 nominees. This will be the 7th edition of the award which seeks to recognize and celebrate exceptional players in the African film making business. 7 categories are up for public voting out of the 28 categories that have been slotted for this edition. The remaining 21 categories will be decided on by the Africa Magic Viewers Choice Awards panel of judges.

The organizers are promising to make this edition bigger and better and have introduced a new category named The MultiChoice Talent Factory Award. Some of the categories include Best Supporting Actor, Best Cinematographer, Best Makeup, Best Writer in Movie or Series, Best Picture Editor and Best Sound Track Movie or TV Series among others.

The winners will be awarded at a gala ceremony that will be hosted by  Linda Ejiofor and Ibrahim Suleiman, and broadcast live on all Africa Magic channels via DStv and GOtv from 11:00 pm East African Time.

Kenyans have not been left behind as they are also shining bright in the nominees list. Below is a list of Kenyans who have been nominated:

Vote for your favourite by clicking here before the 7th March 2020 Deadline. Congratulations to the nominees. May the best win. 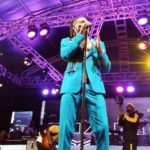