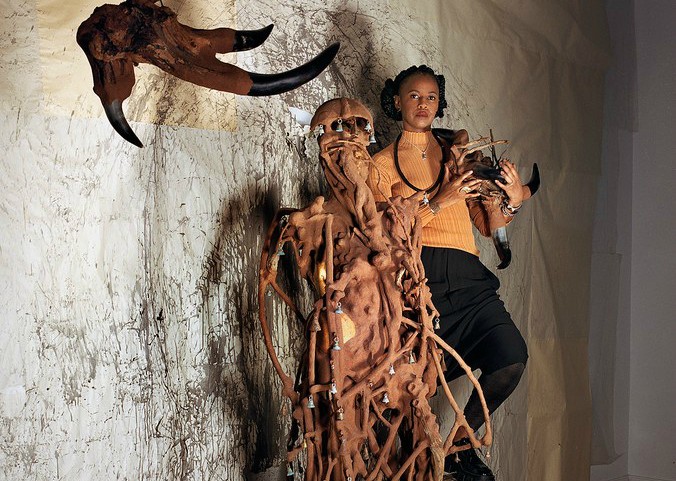 It’s undeniable Wangechi Mutu is one of the greatest artists of our time. The Kenyan-American contemporary visual artist is noted for her exemplary paintings, sculptures, and collages. Her body of work explores nature and female form, particularly the black woman – depicting her experience in the modern world.

Born in Nairobi, Kenya, Wangechi left for the US at the age of 17 to pursue her passion in the arts. In the film ‘A Necessary Madness: The Art of Wangechi Mutu’, a documentary about the celebrated artist, produced by award-winning filmmaker Anne Makepeace, Mutu cites a lack of belonging as an artist as one of her reasons for leaving Kenya. She wanted to grow and explore the world, at the same time express her kind of art without being stifled or prohibited. And Kenya wasn’t the place for that.

Nearly two decades later since leaving home, Wangechi has not only explored the world and thrived exponentially in her craft but she’s become a force to reckon with globally.

Her work has been exhibited in some of the world’s most iconic places – and in just matter of days, her sculptures will be featured in the largest and finest art museum in the United States: The Metropolitan Museum of Art in New York, popularly known as The Met.

This will be the first time ever, the Met’s niches will be filled with sculptures. The niches have stood empty for more than 100 years. According to the Met curator Kelly Baum, who proposed Wangechi for the project, she found Mutu ideal due to her ability to take into account art history out of Africa and Europe. “Her expansive vision takes into account multiple strands of the history of art as it emerged out of Africa and Europe,” she told Wmagazine. 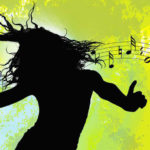 Fresh New Music From The Kenyan Scene This Week 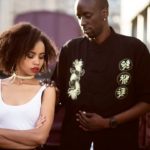