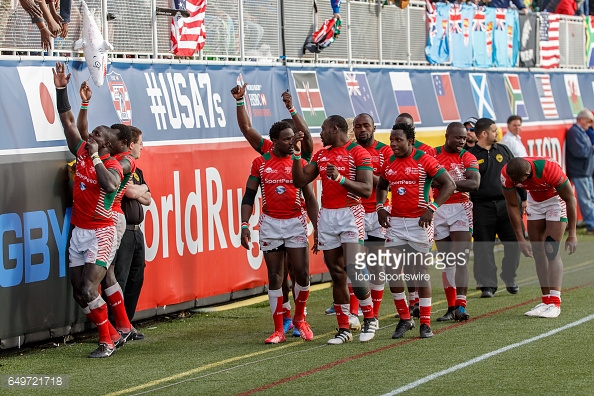 Kenya Sevens team to take part in the 9th and 10th round of HSBC World Sevens Series will be named on Friday, May 5, 2017, in Nairobi.

A statement released by the rugby union said head coach Innocent Simiyu will name the 13 players to conclude the season in Europe on Friday.

Kenya may however, miss the services of vice-captain Collins Injera during Paris and London 7s due to a knee injury.

The national sevens team is camping in Nanyuki but Injera is not in attendance due to the recurring injury which means he will be out of Paris and London 7s, set for 14th and 21st May respectively.

Injera did not play in Singapore 7s due to the injury but is expected to be ready for the busy 2017/2018 season that has HSBC Sevens series, Commonwealth games and sevens world cup.

Injera is currently second most top try scorer of all times with 244 touchdowns behind Norton who has 249. His absence means Norton will finish the season as the top try scorer.

In 2016/2017 season, Injera has scored nine tries contributing 45 points as he missed Dubai and Cape Town sevens due to an injury.

There is an injury boost as Sammy Oliech fully fit again after a shoulder injury from Singapore Sevens while Leonard Mugaisi, Cyprian Kuto and Darwin Mukidza, all who missed the previous legs, are very much on and up for selection.

Head Coach Innocent Simiyu will name the squad that will take part in Paris and London 7s on Friday May 5, 2017 in Nairobi as the team prepares to play Cape Town and Vancouver 7s champions England, hosts France and invitational side Spain.

The Canadians, who won Singapore 7s, are drawn in Pool A with series leaders South Africa, Scotland and Japan.

Pool B features Singapore runners-up USA who are drawn alongside New Zealand, Wales and Argentina.

Australia top Pool D and will face Fiji, Samoa and Russia on day one in Paris. 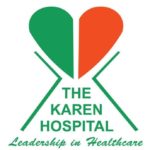 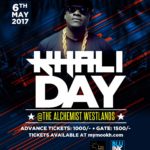