Kenya Sevens returned back to the country on Tuesday morning from Singapore where they reached fifth place semis.

The team was hosted to a breakfast at Eka Hotel by their sponsors Sportpesa where head coach Innocent Simiyu had a word on the Asian tour. 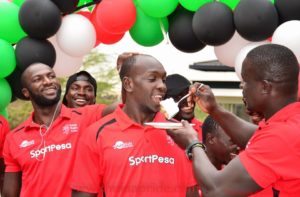 “The tour had ups and down, especially seeing how we started, we had two players pulling down, took a while to get to our feet but generally we picked up from game three and reach challenge final in Hong Kong.”

After a disappointing weekend in Hong Kong where Kenya lost to Canada in challenge final, Kenya went ahead to qualify for cup quarters in Singapore but fell to England.

“In Singapore, we had a very good shot at the cup, unfortunately, losing to England at the death which was very painful; we pick up the learning and move forward for the next tournament.” 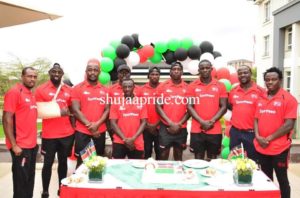 Kenya Sevens began Singapore 7s on a high beating Argentina 22-7, lost 29-7 to Australia but bounced back to see off Samoa 17-07.  Samoa took an early lead through a converted try but captain Andrew Amonde responded for Kenya and Sammy Oliech was spot on with the extra to tie the game at 7-7 at halftime.

Against England, there were complains that the referee of the day and his assistants overlooked an early tackle on Dennis Ombachi with Kenya leading England after the buzzer.

“There were few calls that we do not agree with and we asked this to referee manager world rugby Pardew Brown. For us what we need to do is look at things internally what can we do to ensure we seal the game early before it becomes a referee issue we had six errors, two tries we would have scored in the first half for us we have to make sure have execution rate of above 90%.”

Kenya, now with 57 points, stays eleventh in the World Sevens Series log at the close of Singapore 7s. With a negative one point difference, Kenya is now six clear of France and within four points of tenth placed Wales and 11 away from ninth placed Scotland.

Share
So You Think You Can Dance? Sauti Sol Is looking For You Previous post
Kenyan Speed King Doing It Big In British F3 Next post 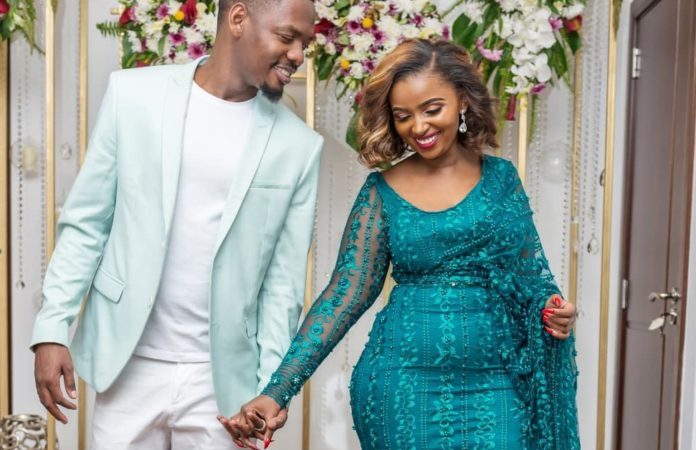