It means Kenya Sevens drop one place to position 12 in the World Sevens series standings after gaining only one point to have 58 in total. 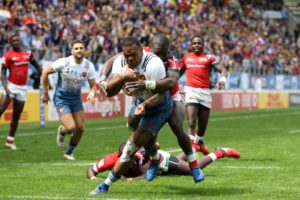 Kenya will now wait for the last leg of the 2016/17 HSBC World Sevens series, London 7s set for next weekend in England. Yury Gostyuzhev, Alexey Kapalin and Vladislav Lazarenko scored for Russia as Sammy Oliech touched down for Kenya.

Kenya had dropped to the lowest ranked level of the sevens series after losing 12-7 to Argentina in the challenge trophy semis. The weekend started with a 14-20 defeat to France, 26-14 win over Spain and a 12-12 draw with England that knocked them out of cup contention. 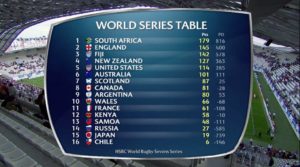 South Africa won the Paris 7s after beating Scotland 15-5 in the final running in three tries against Scotland’s unconverted try to seal their fourth cup of the incredible season.

Kenya will now wait for the last leg of the 2016/17 HSBC World Sevens series, London 7s set for next weekend in England.