Kiss FM radio host Jalang’o has revealed that he lost most of his clients after blogger Edga Obare exposed him for allegedly sleeping around in 2020.

“There are clients who pulled out and said they do not want to be associated with me,” Jalango told Kamene Goro during their radio show.

Obare released a flurry of photos, screenshots and receipts accusing the presenter, who had just gotten married, of cheating on his wife. 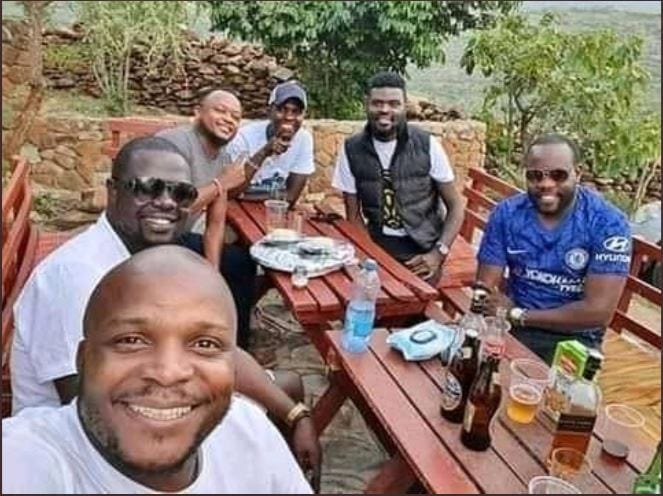 Jalas and his boys

He also claimed Jalas and his close friend had a group called “Boys Club” formed purposely for sex escapades even though they were also married.

The exposure trended for days and officially launched a silent war between the veteran presenter and controversial blogger.

But unlike many other controversies he has encountered, this one shook his deep-rooted career which has taken almost two decades to build.

“Last year was one of the most trying times for me. I can’t lie to you,” he said.

“There was a time it threw me to the end. There are people I trusted and they let me down. The blogs were writing and people were talking and people said now this is the end of Jalas.”

“If I was to go down it would have been at that time. I had clients who pulled out. When our stories for boys club came out and everyone was condemning us without knowing our story or thinking about it. There are only know people who stood by me. My mum and my wife. They knew these are guys who I had grown up with.”

It was a dark cloud for his career but he came out alive, and better than ever. He also collected some really important lessons.

Lessons he might need in the future in case Obare, or any other blogger for that matter, strikes again.

“You do not go through tests to show how weak you are, no,” he said.