INTERVIEW: Real Housewives Of Nairobi’s Producer, Claire Ash Meadow Shares What To Expect In The Upcoming Show and More!

Agnes OpondoApril 23, 2021Comments Off on INTERVIEW: Real Housewives Of Nairobi’s Producer, Claire Ash Meadow Shares What To Expect In The Upcoming Show and More!3

Claire Ash Meadow’s love for film is not a secret. Her production house, Director In Heels Productions, is behind some of the most entertaining Reality TV shows. Claire recently announced she’ll be taking reality TV in Kenya to a whole new level through the Real Housewives of Nairobi (RHON), which will be airing on our screens soon. We caught up with her to get the backstory of Real Housewives of Nairobi and her love for film.

Congratulations on nailing the Real Housewives of Nairobi deal. When did you discover your love for film?

I have loved film since I was 7 years old, I remember always watching Clint Eastwood films and Lois & Clark: The New Adventures of Superman with my mom. I developed an interest in knowing how Film & Television worked.

In Primary school, I was always involved in the Drama Club. In 2005, my family moved to South Africa and that was when my talent within the arts grew, in my high school years, then I joined AFDA Film School for my tertiary education where I fully nurtured and immersed myself in filmmaking.

Tell us how the Real Housewives Of Nairobi show came to be. How was the journey since the inception till now?

While my career started in Film and Scripted Television, I fell in love with unscripted reality TV always watching MTV and The E! Channel after school. In 2017, I had an opportunity to seize the moment of a deal that came to me via my industry network and I have been working on making The Real Housewives of Nairobi a reality since then.

Your production house, Director in Heels is behind some popular reality TV shows such as Coffee With Milk and Queens Dreams. Is reality TV your choice or have you done other types of film as well?

Apart from reality TV shows, I also do corporate documentaries and TVC’s adverts.

Coffee with Milk was a passion project that was born out of ‘Stay’, our scripted TV show about an interracial couple living in Nairobi which aired on KTN. With the success of that, we went on to make a reality TV show within the same context hence Coffee with Milk, both projects were loosely, autobiographical. 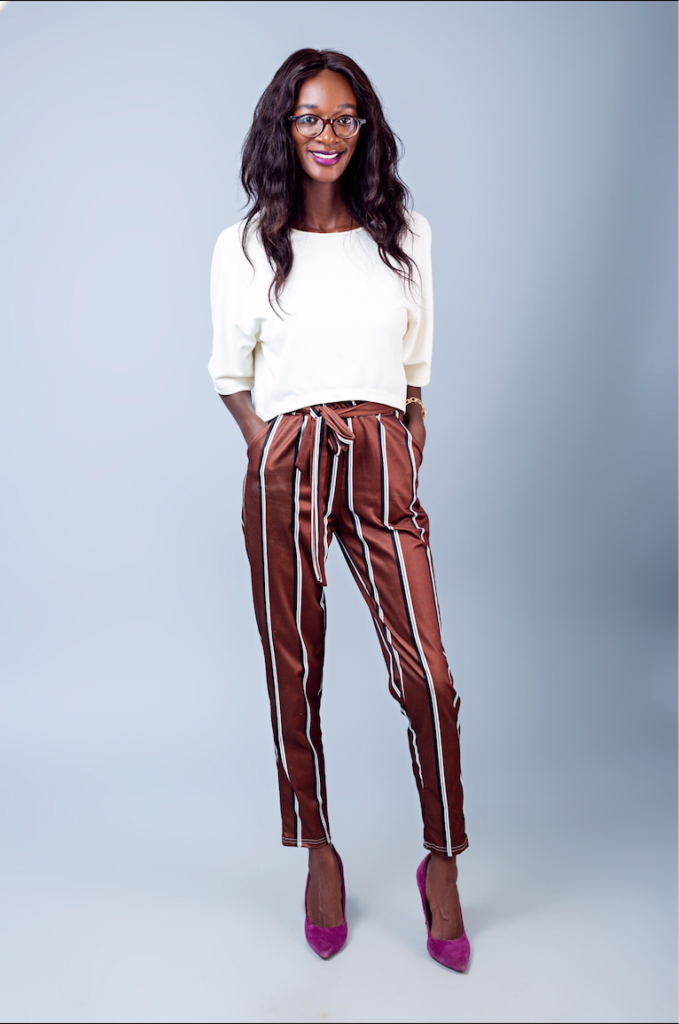 Kenyan Reality TV fans are clearly excited to have the Real Housewives Drama brought closer to home. What can fans expect in the upcoming RHON?

The fans should expect the same quality of production from their other favorite Real Housewives versions off the franchise. We will put Nairobi on the map! There will be Glamour, Sass, Travel, Affluence and let’s not forget The Drama!

Many fans are dying with anticipation, has the RHON premiere date been set already?

Yes. A public statement on the same will roll out on our own production platforms which will be The Real Housewives of Nairobi website, Twitter and Instagram handles.

Are there any other projects in the works for Director in Heels Productions apart from RHON?

I have a script I have been working on for more than 13 years that I am finally ready to translate into a film.

As a lover of lifestyle reality shows, I will collaborate with other filmmakers and get these scripts out of my production houses’ volt

Hopefully, with the success of The Real Housewives of Nairobi, we will reach for great East Africa and go to Dar-es-Salaam and Kampala.

Which Filmmakers do you look up to and why?

This very easy for me to answer, the late Tony Scott and Kathryn Bigelow. I watch one of their films at least every fortnight depending on the inspiration I am looking for.

In this lifetime, I really want to meet and work for Shonda Rhimes and Ava DuVernay. They are powerhouses in the Film and Television world.

What is the film production space in Kenya like?

The film industry is growing and I believe with more collaborative engagement between producers and production houses, we can really knock it out of the park and put Kenyan Films and TV shows on the map.

We already have President Obama, Lupita Nyong’o and Elsa Majimbo as amazing sources of inspiration. So we must learn from them.

How would you advise a youngster who wants to venture into film production?

I would say if you really want to live, eat and breathe in expressing yourself using Television and Film, get a hold of me, I will lead by example. I want to nurture the next generation of filmmakers so they don’t have to leave the country and/or struggle to make their dreams come true within filmmaking.

What is your life mantra?

It changes depending on where I am at in my life …

As we have faced a pandemic…“Always lead with love & laughter.” oh and wait… “Work Smarter, Not Harder!”