In this day and age where almost every view is expressed with a hashtag, no Kenyan actor has felt the brutality of fans on social media lately more than Angie Magio. Magio, the newest villain in the award-winning Swahili telenovela Selina, has been called many things, among them “the devil.” Her character Messina is a woman who’s hard to love: she describes her as “a go-getter who doesn’t care about anyone except herself…a mother who will not think twice about sacrificing her children if it will benefit her.”

Now in its fifth season, Selina is one of the most-watched shows on Showmax. It’s also one of the most-talked-about shows in Kenya, with five fan pages that have a total of over 330 000 members on Facebook alone. Therefore, for Magio, the backlash isn’t surprising, especially for a character like hers who’s yet another obstacle in the tortuous love story between the titular Selina (Celestine Gachuhi) and Nelson (Pascal Tokodi).

“I expected the backlash from fans,” Magio says. “Sometimes the comments can get to you but you have to push on because this is just acting. And I know that Angie is not like Messina; that is just a character that I have to play.”

While Brenda Wairimu (who played Rosette in S4) left big shoes to fill for any villain who would come after her, Magio has proven that she’s great at being “the next bad guy.” “I didn’t feel much pressure stepping in after Brenda because surprisingly, I do these kinds of roles so well. I think they (villains) are my favourite roles to play,” she says.

However, she reveals that she was a bit scared when she joined Selina because it was already a big show with a cast that already had a well-established relationship. Besides, she was coming from Maza, which was considered a rival show to Selina (Selina beat Maza to win Best TV Drama at Kalasha Awards 2018).

In Maza, Magio played Kate, a woman who turns her best friend into a cat out of jealousy and steals her life. It’s an unforgettable performance which earned her a Kalasha nomination for Best Actress in 2018. 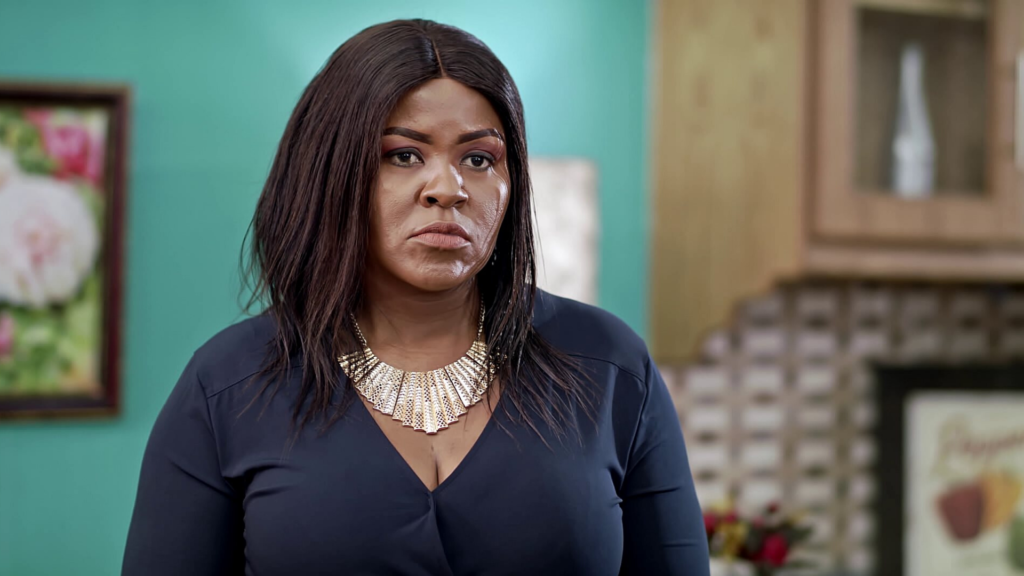 “My biggest challenge when I joined Selina was learning to separate these two characters; I didn’t want it to look like I’d carried my Maza character, Kate, to Selina. There had to be a difference and the directors really helped me take off that pressure and pull off the role of Messina,” she says.

Magio also praises her co-star Tokodi, who plays the dual roles of her sons, the beloved Nelson and his evil twin Nathan, a surprise addition in the new season.

“I have so much respect for Pascal Tokodi, especially since he’s playing two roles (Nelson and Nathan) this season. He’s done both roles so well; you can tell that these are two different people. Working with him on set has been great, and he’s also very supportive not only as an actor but in technical stuff as well,” she says.

A resident of Mombasa, Magio currently lives in Nairobi due to Selina’s production schedule, something she says is hard on her because she’s away from her family. “My children mean everything to me and I’ve never been away from them for this long. It’s even harder during this lockdown period because I can’t visit them over the weekend like I used to. Of course, I call them every day but it’s not enough.”