How #ItsAboutTime Went Down at The Alchemist

Miss RubyJuly 6, 2016Comments Off on How #ItsAboutTime Went Down at The Alchemist0

If you’re a Hip Hop fan and you missed this event, you should definitely feel bad because those other plans you had weren’t really worth it. Unless of course, you were making money. Lol. I kid!
Anyway, Saturday night was pretty LIT (for lack of a better term). Couldn’t help but notice a few hiccups here and there. Like, Poppa and Ace Tha Don not showing up despite being on the performance list and what was happening with the MC (Arnold M.)? Throughout the night there were different people MCing and I didn’t understand why, not saying that it wasn’t dope but I just sat there like “Who exactly is the MC?”

The performances kicked off a little past 11 o’clock. Each performer was given 15 minutes to play with and almost all of them stuck to the time frame. Bakhita was on stage first and I couldn’t help but notice the pull she had on the crowd. As soon as she got on stage, almost every person in the crowd left their seats to go and cheer her on. 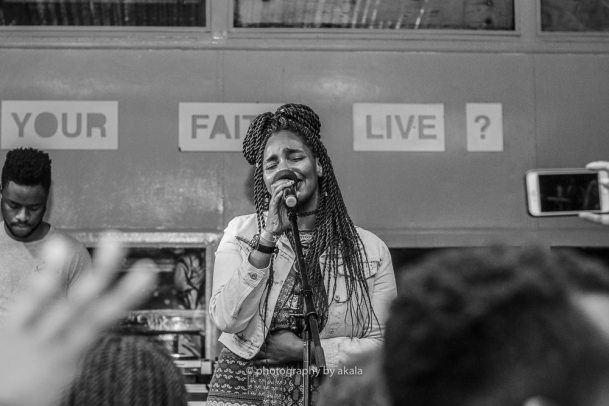 Bakhita doing her thing on stage

Terianne was up next then Ciku and boy do I have a lot to say about her performance (or rather her lyrics). I’d say Ciku isn’t afraid of her sexuality at all. Her music is overly raunchy and I bet that one of her inspirations is Rihanna. 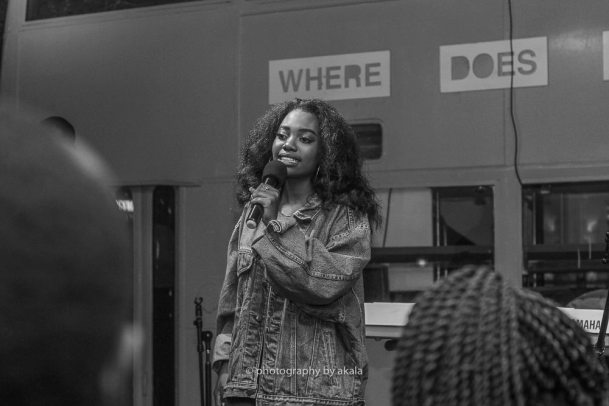 While Rihanna can probably get away with saying things like “Kiss it better”, cussing in her music and smoking marijuana in her videos because she just doesn’t care, I found Ciku’s music a little too much for my ears.

After the girls did their thing on stage, Alfa Mars got on stage. I definitely enjoyed his set and presence on stage and he was clearly enjoying himself to the point he exceeded his 15 minutes. He had the club jumping though.Can’t complain. 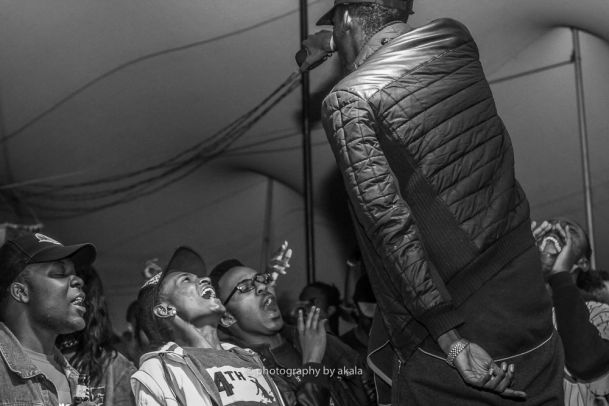 Alfa Mars clearly had the crowd all hyped up

Ceezy took to the stage soon after. Personally I thought that he had little energy while performing  and his choice of tracks could have been so much better as well. There was little involvement of the crowd and it seemed to me he couldn’t wait to get off stage. I think he needs to work on his stage presence and performance. I’m willing to listen to more from him though, will definitely check him out. 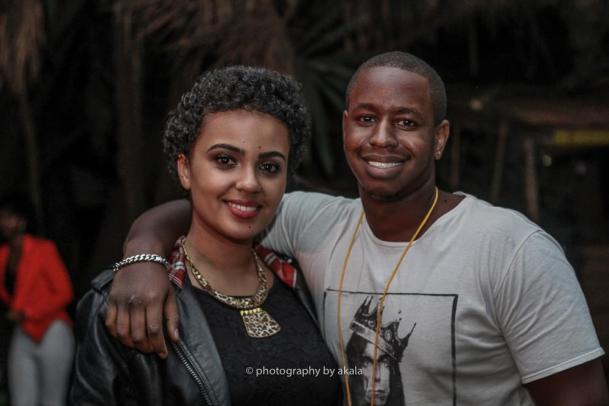 When Kevin Grands hit the stage, the energy and mood definitely lit up The Alchemist. Not only was there a smooth transition between tracks, he also involved the crowd and seemed to be having a killer time on stage. Only complaint I have is he seemed to lose his words time and again. Other than that, he was great and judging by the crowd’s reaction, everyone else enjoyed his performance. He had a great set. 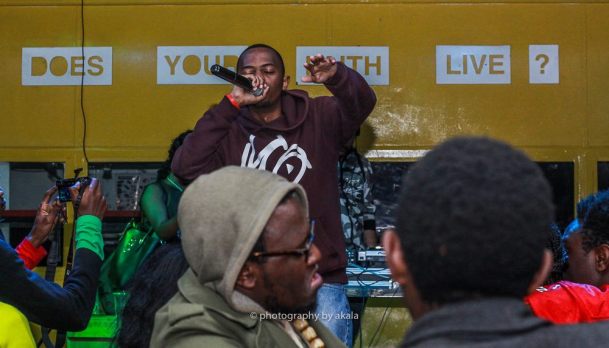 His label mate Shukid performed after an energetic intro by Point Blank who told the crowd to be read for the “next level of Hip Hop”. Where to start? When Shukid got on stage he seemed not to remember any of his lyrics. His set had plenty noticeable gaps which was pretty embarrassing if you ask me. I don’t know what happened since there were rehearsals earlier on in the day but he definitely needs to get a grip on live performances. He is an entertainer at the end of the day and this is the life he chose. 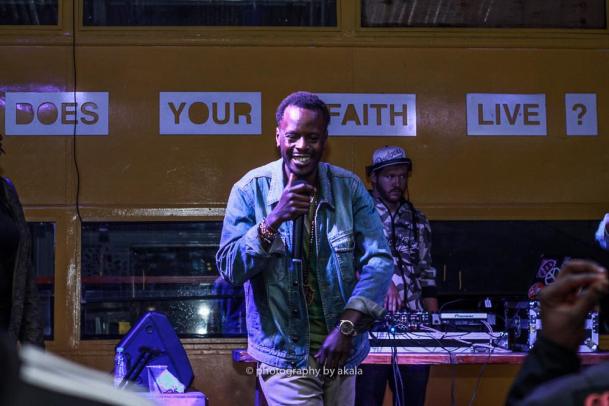 After Shukid got off stage, Timmy Tim and BV Accurate (both members of Cr3w Teflon who were part of the organizing team) got on stage to wrap the show up. Their energy was on a crazy level, they both rocked the mics and made sure we were pumped enough for DJ Kace’s (African Mzungu) set. 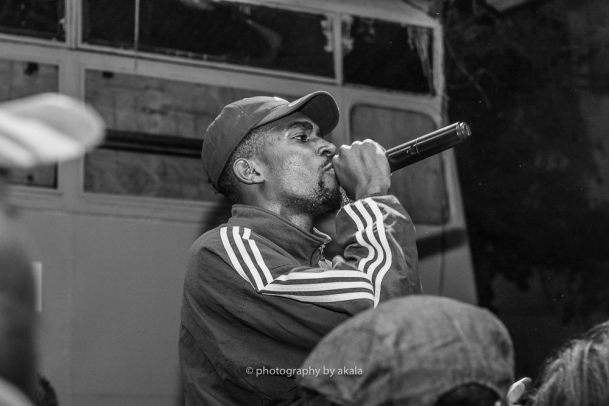 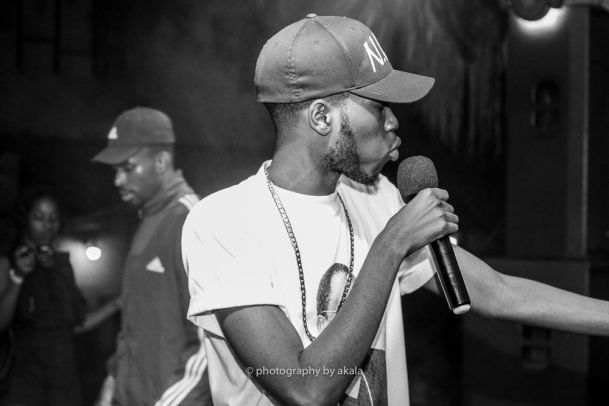 It was the first time for me at an event DJ Kace was on the decks and I was super impressed. He knew exactly WHAT to play and WHEN. There wasn’t a time I felt like I was bored even leaving was a struggle. I completely loved his set. 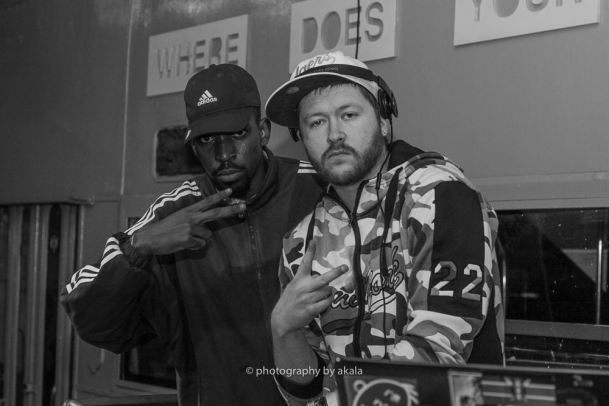 Here’s hoping that there will be another It’s About Time happening real soon. It’s About Time dope rappers who aren’t getting heavy radio/TV spins got into the game and shook things up.

I’m here for that!