The highly anticipated Kenyan movie ‘Disconnect’ is set to premiere this coming Saturday the 21st April, at Anga Cinema Diamond Plaza from 6:00 pm. The preview session will also go down on the same day from 2:00 pm

‘Disconnect’, a romantic comedy that brings out the intricacies and absurdities of the Nairobi dating scene, boasts of a star-studded cast with notable actors and actresses such as Brenda Wairimu, Nick Mutuma, Pascal Tokodi, Patricia Kihoro, Justin Mirichii, Arthur Sanya, Brian Ogola, Illya Frank, Catherine Kamau, Bridgette Shighadi and Aseem Sharma among others. 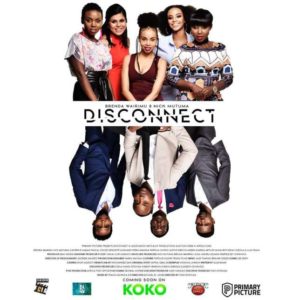 From the trailer, the film produced by Tosh Gitonga, the director of the popular film, Nairobi Half Life, looks to deliver nothing but pure entertainment.

There’ll a rerun on Sunday from 2:00 pm. Tickets are limited and going fast. Tickets to the premiere are already sold out but you can still secure your spot to the Saturday preview or the Sunday showing. Check here for more details on the tickets.

#FormNiGani? Open Up Conversations About Family Planning Previous post
Zari Hassan To Host Color Purple Concert In Nairobi This May Next post