As we bid goodbye to the month of May, we’ve highlighted some big tunes that dropped – and here’s what’s closing out the month.

Otile keeps hitting the high peaks each month with his releases. This time around he’s introduced to us Jovial, who’s got quite some melodic vocals. The jam Zichune has a decent exchange coupled with back and forth flow. Listen below and rate it.

Nadia Mukami, a Kenyan vocalist, singer, songwriter and performer, presents her 6th studio single & video titled Lola. She features Masauti who is also known for his melodious flow and a wide vocal range, to create this masterpiece. Lola is about a love triangle between two lovers who hustled together and acquired some wealth but the boyfriend betrayed their love.

Sol Generation Records collabo of the year is here. The boy band Sauti Sol decided to introduce us to other signed acts in a dope record. The Benga inspired tune rocks for all ages with vivid storytelling. This record company is on to something. 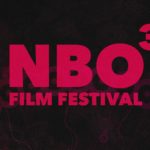 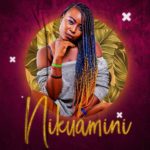