From Kenya to the World, Street Artist Wise Two Talks About Working With Apple Music and His Illustrious International Career

NjeriAugust 13, 2020Comments Off on From Kenya to the World, Street Artist Wise Two Talks About Working With Apple Music and His Illustrious International Career2

The radiant colours and symmetry of the billboard shine impeccably under the Nairobi sun and it’s all thanks to the gifted hands of established street artist Bhupi Jethwa, popularly known as Wise Two.

Very few street Artists have successfully solidified their names in the Kenyan street art industry and of the existing ones, Wise Two’s name towers high on the list of greats. He remains unrivalled because of his unique form of art which is guided and influenced by the spiritual realm of art.

In many ways it speaks to the heart and culture of a people, you don’t have to be an art guru to drown in its brilliance.

Known for his captivating murals that dot various parts of the world, Wise Two has mastered the art of turning a blank canvas or wall into a masterpiece. His murals stand tall in Hollywood, Mexico, Australia, Paris, Nairobi, New York and Uganda just to name a few. He is leaving a mark on the globe, one mural at a time.

We got to steal him from his busy schedule to get to know him and his journey so far and what he hopes to achieve in the coming future. 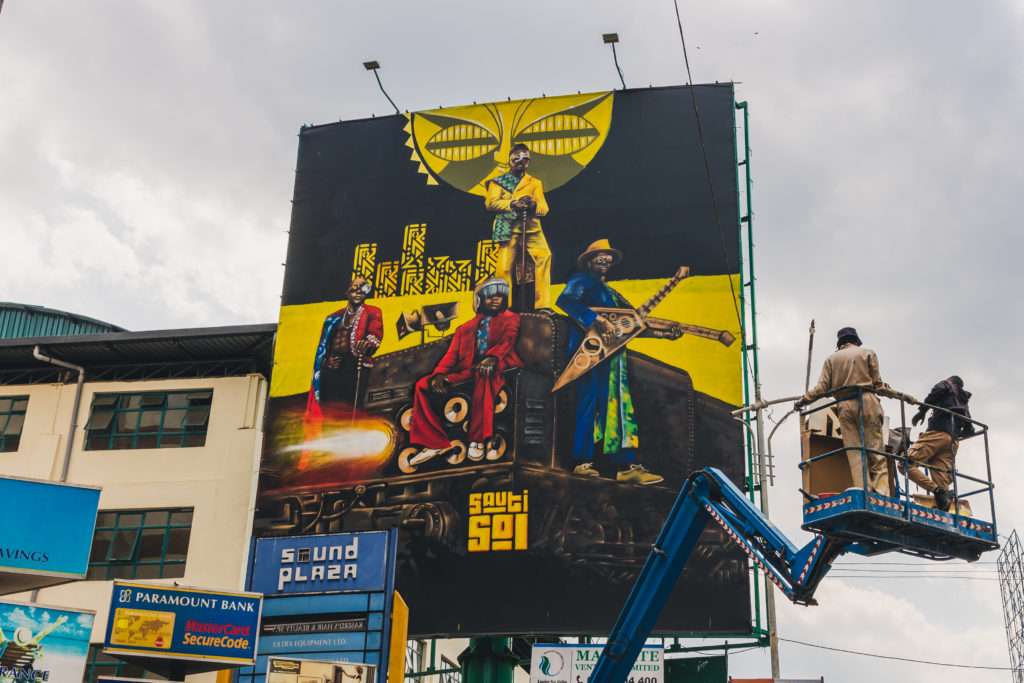 Congratulations on your latest Work with apple music on Sauti Sol ‘Midnight Train’s album cover. The billboard magnificently stands tall in Westlands. How did you land that particular gig and how has been the experience working with these major brands?

Thank you! So I landed this gig from South Africa through Baz Art an art organization and definitely great friends of WiseTwo in 2017,  I happened to paint for their first-ever street art festival in Salt River, Cape Town, South Africa and that created a mutual bond of friendship and collaborations. So Melissa the co-founder of Baz Art reached out and briefed me about this project, and of course, I knew from the very beginning the artist and his art will be respected. The rest you know is a “Sauti Sol billboard”

Working with Big brands is really interesting, from the finance point to almost everything regarding the project. Things just tend to move smoothly once there is a solid understanding of the project and its final goals.

It makes the project so worth it, gets the bills paid and the artist definitely recognized.

From Paris to Kibera, Your Murals grace all parts of the world and have been celebrated for years. How did the journey into this International career begin?

That’s correct. I started from humble beginnings, which are still rooted in the different neighbourhoods of Nairobi, and of course, with close friends, we keep pushing each other to never give up and grind it out. After all, longevity is what any artist would strive for. 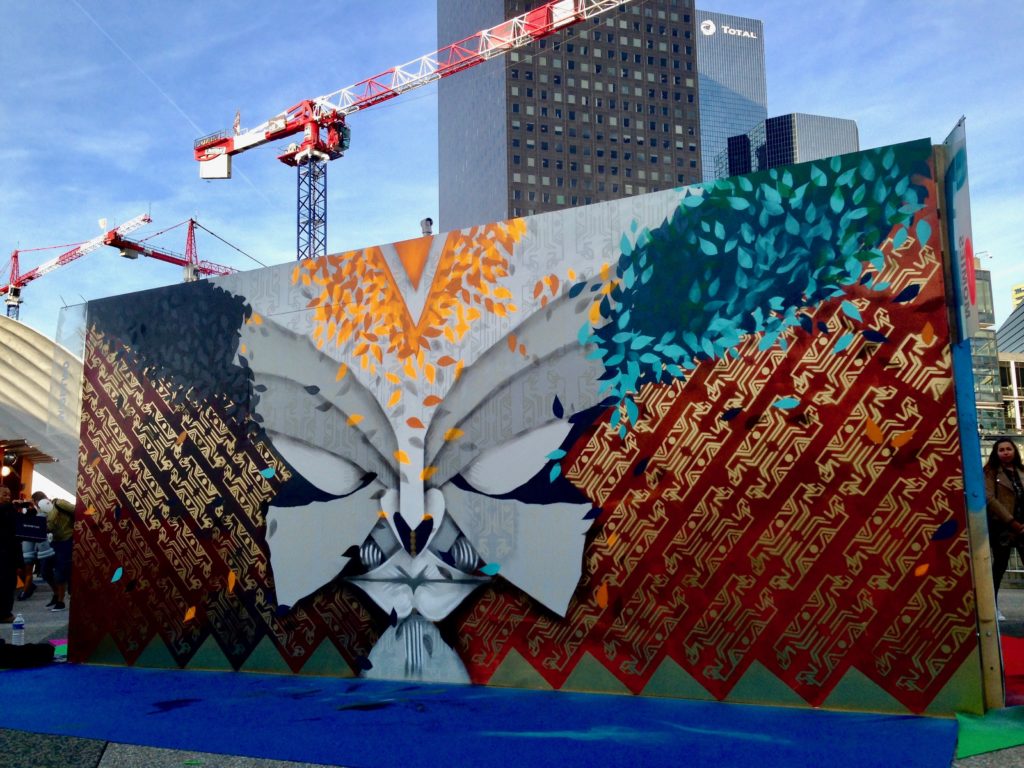 How would you describe your form of art?

For my specific style, it’s based on various psychedelic approaches, like visual alchemy, it connects the dots, it has the scent of an ancient ritual and a plethora of wisdom encoded in it.

What would you say has been the most fulfilling project you’ve worked on in your career so far?

One project that I will always look back and smile upon is the Mexicali, Mexico social mural project with my friends Colectivo Tomate. Mexicali is the capital city of the state of Baja California, Mexico. It’s a border city to the United States of America, it borders Calexico. The dynamics there are very different and exciting at the same time, though the border fence does make one anxious.

I ended up painting a massive abandoned old school cinema right next to the border. It was 900sq meters. The memories I made there will always be priceless to me. 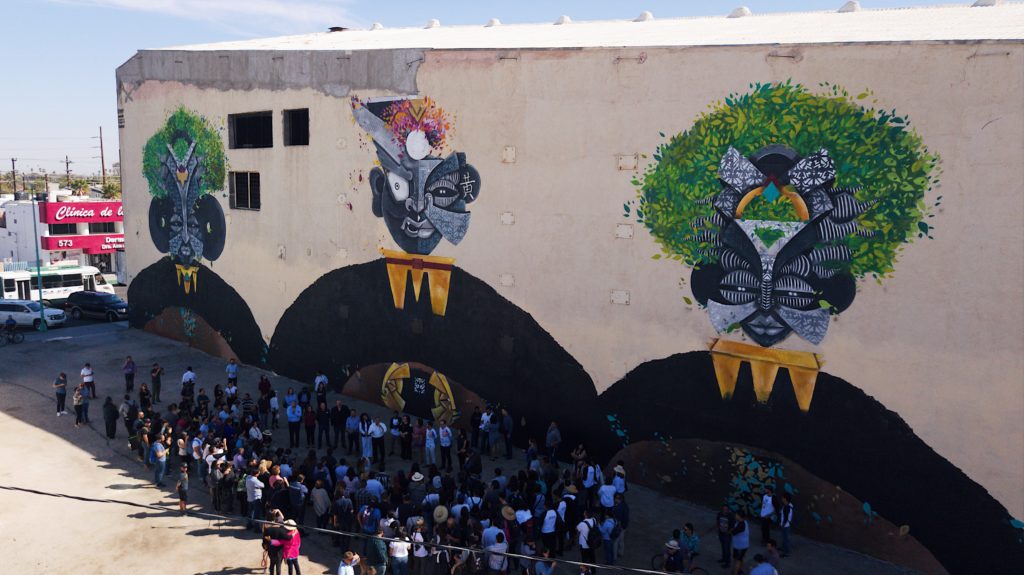 Processed with VSCO with e3 preset

In your latest posts on Instagram, you have specifically addressed the issue on competition in your line of work, and I quote, “there is no time for petty squabbles and who’s better than who”. Would you say this is a big problem in the art and graffiti industry in Kenya? If so, how have you handled it in the past?

See the thing is the industry has to be grown to a certain size for it to be a problem, but yes sometimes artists are not artists but just competitors, and when you get stripes like mine, you learn to observe the world from a different perspective, you tend to appreciate the countless hours put into the craft, so the only competition in this for me is with myself, I see every project like a golden key to a higher level, all the rest is just noise, like too much grain in a photo, the vision gets distorted.

You hold a degree in International Relations, how did you decide to switch careers and was it an easy transition? How did your family take it?

Actually there wasn’t much of a decision there. I just gravitated to the most rebellious art craft that was out there. To be able to move within cities, absorb its energy, its vibe it’s always a rush, it’s always an honour to be in that space.

So I had to see it through no matter what the obstacles were. This was a road of sacrifice, perseverance and a lot of dedication to just believe in myself and push the boundaries. 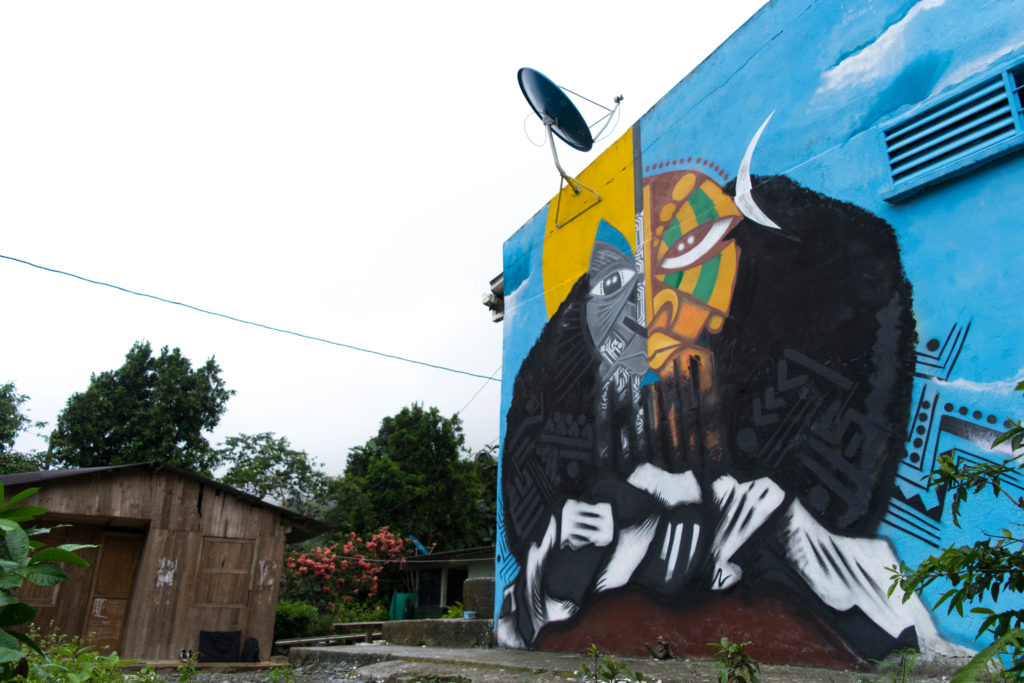 What would you advise young artists just starting off in the game?

Keep it 100, be humble, grounded to your roots, this world moves in 360. So one day everything comes back to you naturally. Everything you do has to be full-hearted, even when you don’t feel like it, that’s when you go that extra mile. It’s a beautiful process.

Where can we hope to see Wise Two in the next five years?

Definitely travelling and painting even more murals. Currently, some really cool projects are in the pipeline. I now have proper management based in Los Angeles, so that’s going to boost and beef up the portfolio. So let’s see where 5 years will take me.

Here are some more of his outstanding murals and art pieces. 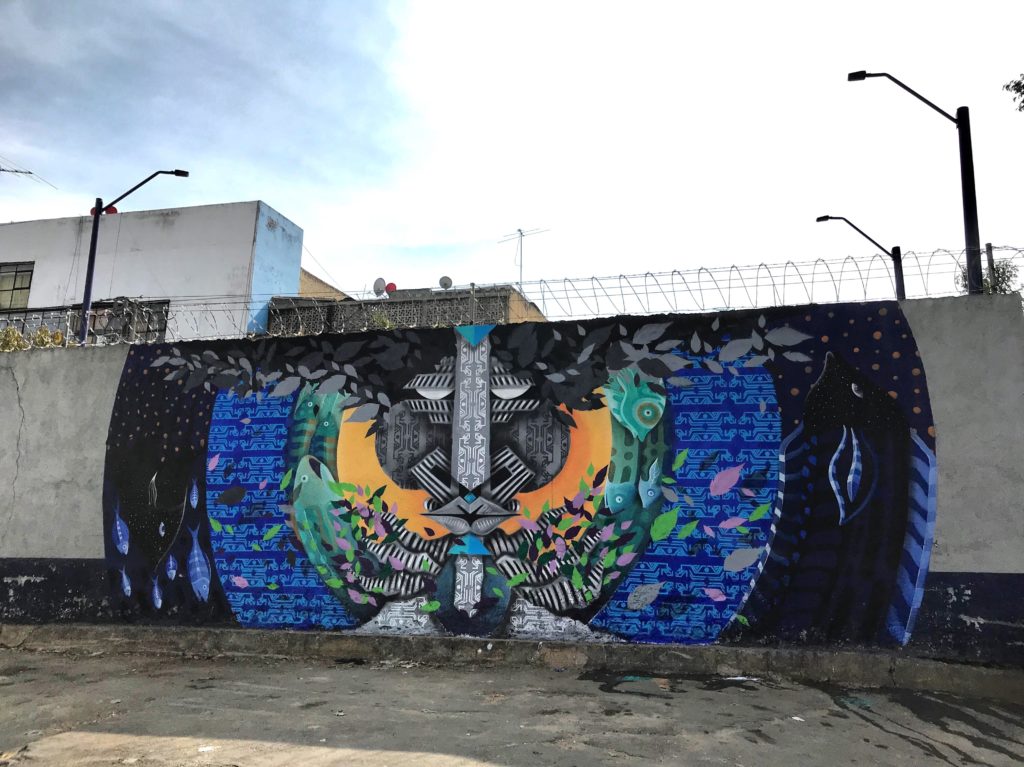 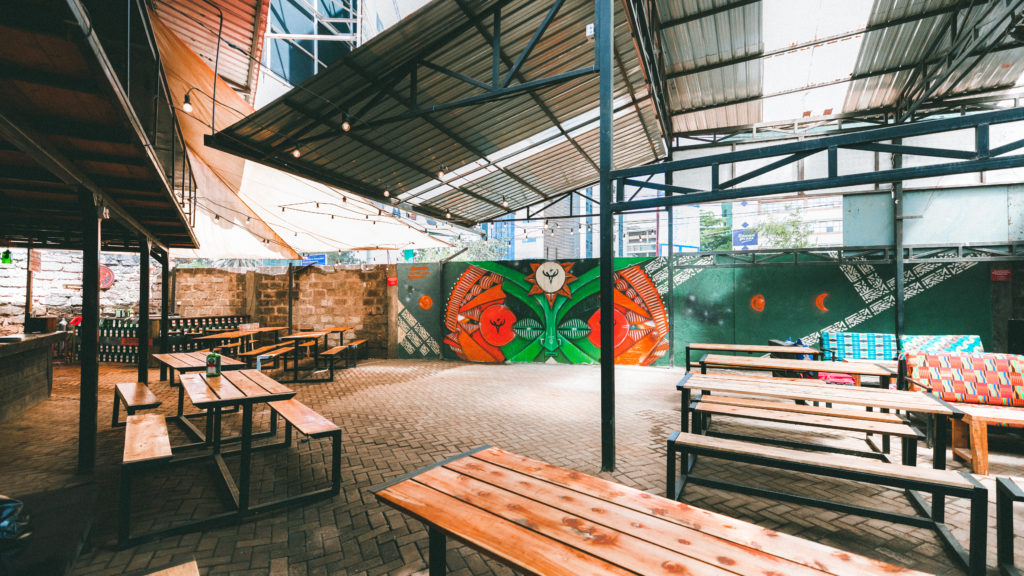