Film Industry Will Be Under The Microscope During Nairobi Festival

Della MbayaSeptember 8, 2016Comments Off on Film Industry Will Be Under The Microscope During Nairobi Festival0

It’s no surprise that young people in today’s economy are turning to more creative, entrepreneurial ventures. Not that traditional ideas around career and job prospects have changed fundamentally – however the new age we live in has brought with it fresher ideas of success and self actualization.

But with regards to film – how big is the pay off? And not just in terms of money but in terms of the support the industry receives in order to survive and to grow. Ndiritu Muriithi is an advisor for the Pan African Federation of Filmmakers (FEPACI) and he says that the sector can quadruple the number of jobs it creates with a heavy enough injection of money.

FEPACI is currently leading the cause to mobilize at least 200 million dollars over the next couple of years to boost Africa’s audiovisual and cinematic sectors. Kenya is growing but is still working to figure out how to sustain homegrown productions and studios.

Which brings us to the Ambika Africa Safari Film Festival (AASFF) that will take place in just over a month’s time, between October 12 – 19, 2016. Dubbed “The Africa We Want: One Africa, One Vision, One Destiny”, it will line up a series of events for both professionals within the industry, as well as fans. Film screenings will take center stage, while a finance summit and tha film forum looking with a little more depth into the work currently taking place across the continent.

African policy makers, content developers and investors will have the opportunity to discuss the growth of a sector that currently contributes around 5 billion dollars to the economy but with the potential of growing to 20 billion dollars.

The festival is looking to showcase the best in quality, impactful feature films and documentaries to help advance the African story, says FEPACI.

Some of the biggest feature films and documentaries over the past year – many of which feature at the recent PanAfrican Film and TV Fest in Ougadougou (FESPACO) will be highlighted, as well as short films by students at Kenyatta University and the Kenya Institute of Mass Communications 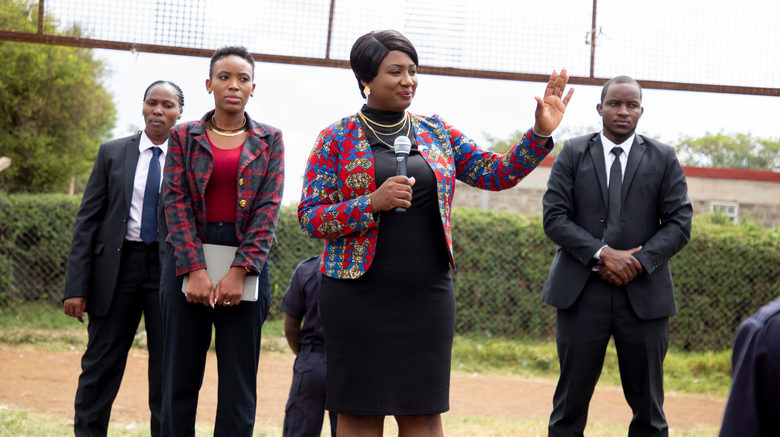