As the whole world celebrated Women’s Day on March 8th, activist Sadia Hussein was honored with a Queen Elizabeth Award for her work in campaigning against Female Genital Mutilation.

The award was presented to her by the British High Commissioner to Kenya Jane Mariott at Tononoka Hall in Mombasa County. 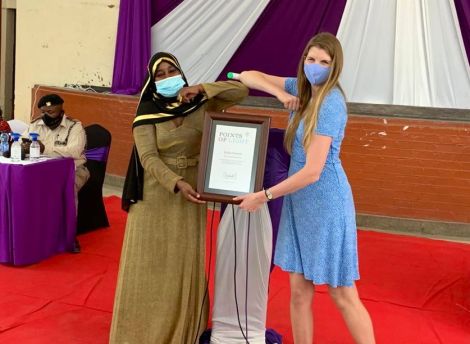 In her recently launched 50-page book titled The Scars of Female Genital Mutilation, Sadia, an FGM victim herself, revealed the realities of what FGM survivors endure.

“This book is meant to show the world the lifetime damages of FGM on girls and women,” she says. “To make people feel the enduring pain hidden behind their beautiful smiles.” 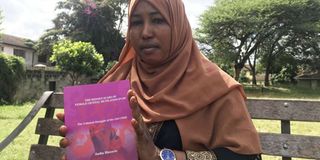 The Kenyan government has been tightening its belt on all matters FGM and Sadia’s contribution to the fight could not have come at a better time.

Over the weekend, President Kenyatta presided over the signing of the landmark declaration by Samburu Community elders to end FGM and child marriage in the community.

Are you ready? 5 Ways You Can Prepare for Christmas in December

Fancy Fingers Launches A Children’s Book, “Written In The Stars”