Rapper Femi One’s debut album Greatness is finally here. The Utawezana hitmaker had earlier promised her fans an album via countdown posts on her official social media accounts. “My album, Album of the year drops in 8days!! The production, the guest appearances ziko huko juu na Angel Gabriel, Greatness tupu,” she wrote in one of the posts.

The 14 track album is packed with Femi One’s lyrical and thought-provoking punchlines. Through this masterpiece, the Monster Energy ambassador has flaunted her unique delivery of verses and given other artists a chance to shine too. Some of the songs in this album include Adonai, Balance, Greatness, Feelanga Free, Sina Haja, Duru, 100 Bob, Vako, Kuzina Nawe, and Diva among others. 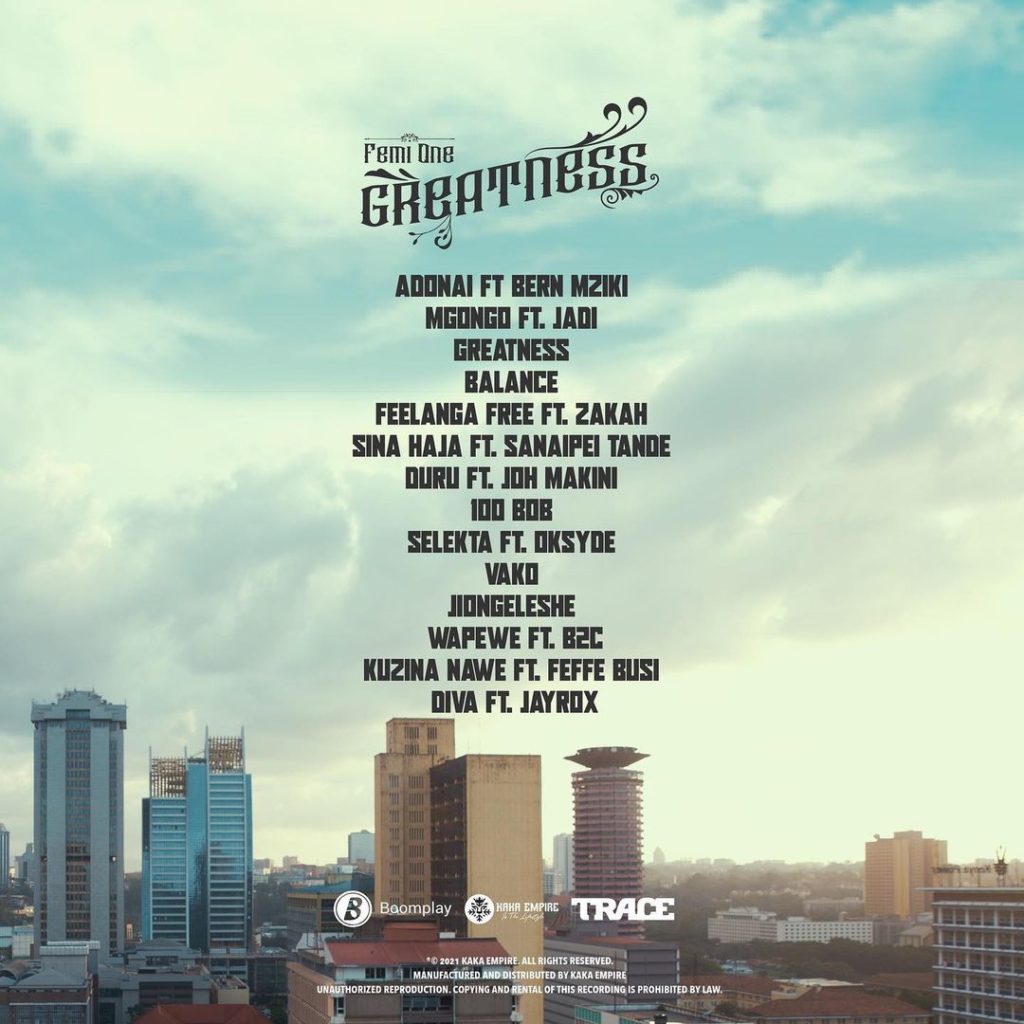 With Zambian, Tanzanian, Ugandan, and Kenyan features, and a couple of solo tracks, this album is a testament to the Kaka Empire signee’s growth in her over-decade-long music career. Some of the featured artists include Oksyde, Bern Muziki, Sanaipei Tande, Jadi, Joh Makini, Feffe Busi and Zakah.

The album is exclusively available on Boomplay, click here to listen to it. So far, Femi has released the visuals to one of the songs, Adonai in which she featured the very talented Bern Muziki and it has been getting positive reviews from fans and critics alike.