Dope Releases You Need to Check Out!

Miss RubyApril 10, 2017Comments Off on Dope Releases You Need to Check Out!0

Here are a few records you definitely gotta check out to stay up to date with #KEHipHop. 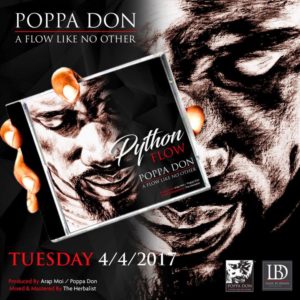 When Poppa Don sent me this track for sampling a few weeks before it was released, I was immediately taken in by the beat. Let’s be honest, beats can make you love or hate a song. I loved the beat and fell in love even more with the ‘campaign’ he’s running on “Python Flow”; art is a profession like any other and if you need an artist for whatever skill, you have to come with a budget. I think, after various conversations with plenty of musicians, this has got to be one of the biggest challenges; working for “exposure” and a “platform”. This is the first single off his up coming album “Python Flow” which is set for release in September this year. 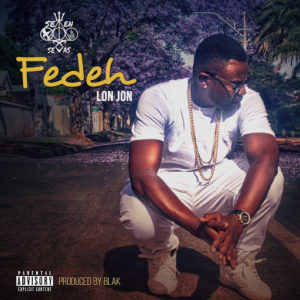 Soon after relocating to South Africa last year, Lon’ Jon dropped “Fedeh” which I honestly cannot play once. That’s mad disrespectful! Now he’s dropped the video to “Fedeh”, which he says ‘it’s like saying niaje in Tsotsitaal, one out of the 9 official languages in South Africa, including English and Afrikaans.
The video was shot in different parts of Johannesburg like the CBD and the FNB Stadium in Soweto. Lon Jon says that he wanted to have fun in the video and the director did a great job, bringing out a “happier looking LJ.”
Peep the video below:

Barak Jacuzzi is more than just a rapper or a media personality, he’s an all round entertainer who dances as well. The Coco  Ma$ta has been even busier after he released The Juice Bar mixtape in February and has just dropped the video to his Coco Ma$ta video. On this track, Barak explains why he’s the king of Mo’ Juice while of course bragging about why he’s better than the next rapper/entertainer. The video is crisp, nice and simple and was directed by Kevin Wang’ombe.

A lot of people love this record but I will pick No Adlibs ANY DAY!

Every once in a while you have to take a step back from the pressures of life and unwind, right? This is the song you wanna play when you’re turning up as the three rappers encourage you to get loose and carried away. D’jungle, Deniro and Scar take us through a typical session where there are women and plenty of drinks around them. Produced by Superprodusir, Pewa is off their joint “Theqa Theqa Tape.” You’ll definitely smile at the wordplay by these three gifted rappers used in their lyrics.

Niroge is also a track to encourage you to party and dance the night away. Although not a Hip Hop record, it was done by a Hip Hop crew, Dandora Music, and definitely fuses the Hip Hop element in it from Kayvo Kforce. Kemunto sounds beautiful and while Elijah speaks of a turn up, Kforce chooses to be a little softer, speaking to his boo and acknowledging her faithfulness to him throughout hardships so if she asks, he’s gonna do it for her alone.

Although they are a Hip Hop crew, Dandora Music members state that they like to experiment with different sounds, as heard on their first mixtape, Nothing Was The Same. The crew’s manager chose Kforce almost instinctively as he knew that Kayvo Kforce would do something different on the record so when he sent it to him, Kforce really loved the beat and couldn’t wait to record.