Tanzanian Star Diamond Platinumz is set to close out 2017 in style right here in the 254. The Chrome invasion party will be going down at the Crayfish camp in Naivasha and ravers will jam to over an hour of Diamonds fire playlist.

The Belaire ambassador has collaborated with various International Artists with the latest one being with Rick Ross on the jam “Waka”, another banger was with Morgan Heritage, ‘Hallelujah’ and a host of other bangers that can keep him on stage for two hours.

Throughout the year Chrome Vodka parties have gone down in Nairobi, Nakuru, Kisii and Thika and now Chrome Vodka want to present the New Year experience.

Besides Diamond Platinumz, the local entertainers on the list is one for the books. Heavyweights like Wyre, Nameless, Gabu, and Arrow Boy will be rocking the stage. Mcs Jalango, Oga Obina, and Philipo will keep the partygoers’ hype and music will be from DJ Creeper and JR. 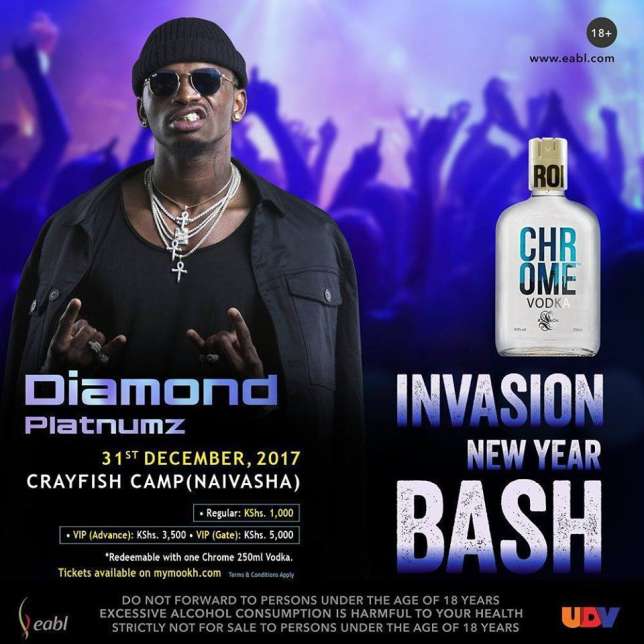