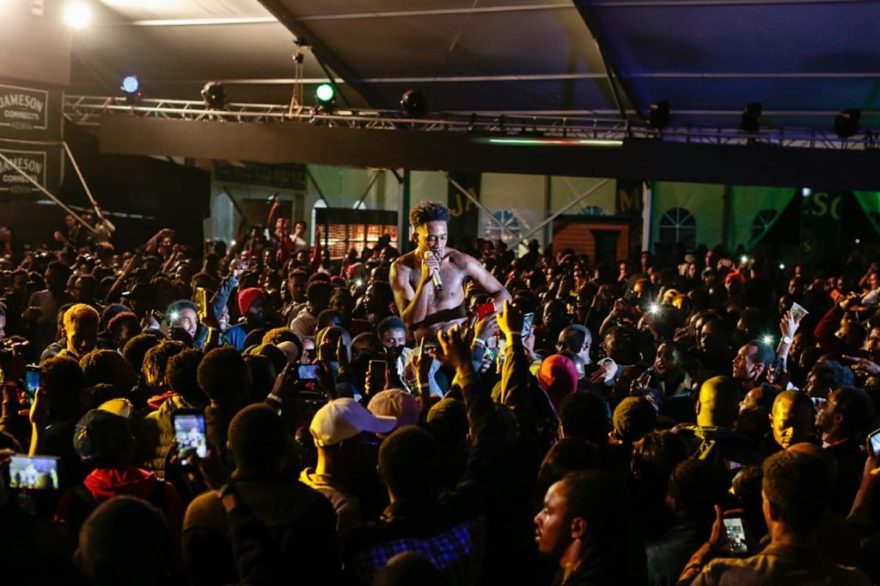 American Rapper, singer and songwriter Desiigner made his debut performance in Nairobi this past weekend and it is one for the books. The rapper headlined the 2018 edition of Jameson Connects Kenya at the Waterfront Karen.

The 21-year-old Grammy and BET award nominee brought his aura to the stage on Saturday proving his critics wrong. Although we only know a handful of his songs, Desiigner has his stage performance mapped out, filled with energy, zeal and gusto that rippled to the crowd.

Desiigner jumped on stage at 3 am and was received with a riveting roar. Trap beats blaring through the speakers and his voice commanding adlibs so well over his songs made the dome light up. 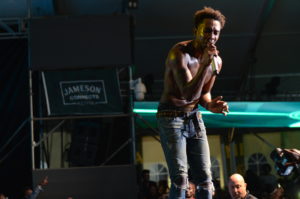 Starting with songs off his Debut L.P, the well crafted set backed by his DJ had everyone doing the ‘Shoot’ dance. Seeing how the crowd was turnt up, he did his stage dive into the crowd but the security pulled him back. His jewellery was tagged but saved on time.

By 30 minutes into the set, he hurled his shirt to the crowd and called out everyone to hold a bottle of water. Minutes after, a water fountain went over the sweating fans in celebration.

He spiced it up a little bit more when he hopped on one of his guard’s shoulder for a piggy ride and headed to the centre of the venue. Drama ensued as his shoes were taken off and he had to stop the show asking back for his shoes. “This is not cool at all ya’ll, I came all the way from America to sing for you and someone out here is trying to take what he didn’t work for. That is not how we do things,” he told the crowd.

Afterward, he performed Panda for close to 10 minutes with the biggest display of pyrotechnics and that’s when I realized that he is a superstar. Panda was his breakout chart-topping single in 2016 and it propelled him to working with the likes of Kanye West and Young Thug.

Desiigner reiterated that Nairobi was a memorable stop on his debut African travel and he enjoyed his time. The fans really got worth of their money but Desiigner carried the day. 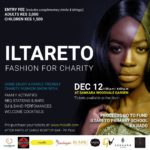 Upcoming Event: Iltareto Fashion For Charity Set To Go Down On Jamuhuri Day 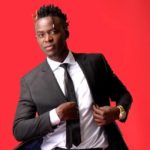