Damian Marley Set To Rock Nairobi In May

Maxwell NyotaApril 27, 2017Comments Off on Damian Marley Set To Rock Nairobi In May0

As days go by, our Nairobi is settling as a preferred stopover and performance center for artists from all walks of life. We have had Hip Hop, Afro, R&B, Soul, House, EDM and Jazz artists perform week in week out, but the reggae fans are having the better bargain.

In the month of May, word on the street has it that the Grammy winner Damian Marley will be hitting the streets of Nairobi for one night only. Junior Gong is an icon in the reggae realm not only by the virtue that he is the son of the Legend Bob Marley but also by churning chart – topping hits like “Welcome To Jamrock”. 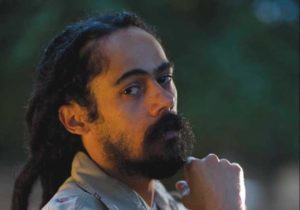 Damian aka Godzilla is a seasoned performer and if you watch his YouTube page you will testify he can sure rock a crowd. On his official tour website, he is scheduled to perform at the Zakifo festival in Durban South Africa on May 28th. To capitalize on this travel arrangements, Damian will make a pit stop in Nairobi a week before to perform at Carnivore grounds. He will later head on to Ethiopia, a favorite stopover spot for Jamaicans of the Rastafari faith in paying homage to Emperor King Selassie.

I know many reggae fans love and respect “Junior Gong” and will be anticipating for the dates to be set. The organizer of the said concert is believed to be the Youth Ministry arm of the Government and they were responsible for flying in Queen Africa and Capleton last year.

So get familiar with the catalog like Jamrock (which is listed in Rolling Stones top 100 songs of the decade), Set up Shop, Distant Relative (Contains bangers from his collabo with Nas), Affairs of The Heart, Caution, Roar For A Cause and Riot. The Turf Gong president has his artist voice tackle issues of corruption, love, strife, politics and human upliftment. One writer described him as an artist who “rhyming with the conviction of a street preacher with the intellect of a university economist”.

I am so amped for this date and I will surely keep you informed.