It is yet another week we highlight what is hot and trendy in the 254 music space. Our local acts are getting a boost from the corporates who are chiming in to invest in the industry and it leaves the artist with no choice but to work hard. Here are some of the hot tracks ruling the airwaves this past week.

The come back king Nyash just released his 6th single and it has a different sound as usual. The jam Bebi Bebi has that old school funky twist on the production while Nyash lent his diverse vocals to create a beautiful piece. The song arrangement makes it stand from the murk of music we have these days. The video helps narrate the tale of two lovers in this tempting times of sponsors and fake love. Nyash has been teasing about his Album which might drop anytime soon as it is already done.

Lover is the 4th single off her upcoming album HER which drops on March 2end 2018. MDQ has been putting in the work and keeping her fans busy with her sound which I find very futuristic. Lover is a girls anthem for expressing themselves and how they view themselves. We know MDQ is all about the upliftment of the girl child.The jam is written by MDQ and produced by Hook& GR.

Taurus Musik’s signee Kagwe Mungai is getting busy for the year too. After his hit song with Kansoul, Baas, he has followed up with this major collabo ‘Till The End‘  with Nigerian Star Niniola. The love ballad has a different twist and we see Niniola throwing in some Swahili lines and the video is the perfect romance story. Check out the video below. 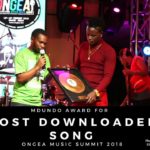 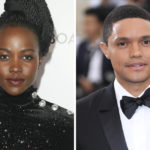 Lupita’s New Gig Revealed – And It’s a Big One!