Welcome to another week of crispy fresh where we curate music that is hot and trendy from the 254.

Hot on his heels after releasing Khali Kartel 3, rapper Khaligraph Jones states its a family affair now. He teams up with his brother Lamaz for this Rap showcase that howls past 4 minutes. The pair oozes confidence, bars and proper chest-thumping even dissing a local radio station.

Hitmaker and Pacho Entertainment CEO has flipped the script. Sondeka is an anthem that calls out societal flaws we put up with every day. On part 3, Naiboi teams up with Gospel artists and the subliminal shots on the record are hilarious. The guys are on a rampage outing despicable behaviours in the Gospel realm.

Two of the hottest groups right now in the 254 have joined forces for a street banger. The song arrangement is so dope, from start till finish. The jam is purely street, sexual inuendos expressed, deep sheng and wicked exchange between the parties. You can feel the artists involved have the star quality. Check it out below. 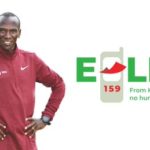 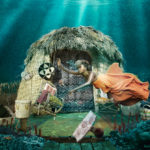