Mean.Time is the latest project from the AD Family camp by singer, rapper and poet Dope-I-Mean AKA Wayne Tha Floet. Taken from his name, Mean.Time is the EP for you to listen to in the mean time while ADF prepares to release what Wayne calls their “greatest project yet”, Shrap Life EP. The project drops on April 22nd at Evergreen Park at an all day gig, followed by the after party. 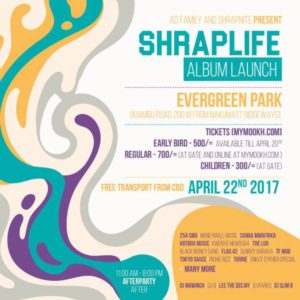 Written the night before it was recorded, Mean.Time EP is basically a reflection of Dope-I-Mean’s mind state as well as emotional being at that particular time. On the project, Wayne feels that there’s progression in his music career saying, “I feel I am rapidly evolving as an artist and I owe it to people to keep them in the loop.” 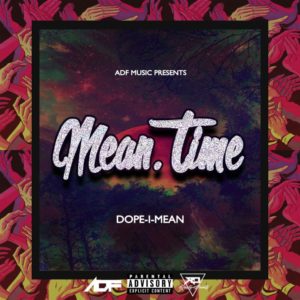 The EP was entirely produced by Deryque Omondi, a young producer from Kisumu who Dope-I-Mean took notice of when music producer Atwal posted a link to his work, encouraging his followers to look out for him.

Dope-I-Mean listened to all his music but it was Ujana Ni Moshi by DOM that blew him away. Deryque reached out to Wayne last year so he could check out his music and possibly work together (unaware that Dope-I-Mean had already checked it all out). Wayne promised to hit up Deryque later, which he did when he was ready to work on Mean.Time. 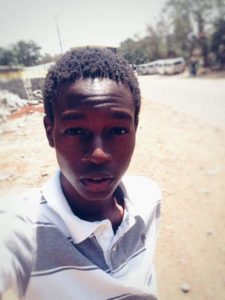 Deryque Omondi, the young producer who created the beats used on Mean.Time

On why he’s the perfect fit for this project, Dope-I-Mean sheds a little light, “Deryque is genius with his sounds and he’s one of extremely few producers who can capture a mood or a feeling on a trap beat without even having any words on it.”

The 5-track EP sees Dope-I-Mean liken Hip Hop to a woman, referencing his previous relationships to show that he’s aware of the highs and lows he may face but that does not deter him from remaining rooted in the genre/culture. 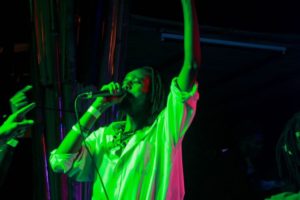 On My Way, Wayne addresses the “cream” of Hip Hop, asking them to let it go because they have devalued the genre yet he’s ready to dedicate himself to it. “Different people run the game at different times but I know through all that Hip Hop hasn’t been happy and all this time she’s been looking to me to rescue her from her sh*t situationships.”

All Close Shot is, is Dope-I-Mean pledging allegiance to Hip Hop. It doesn’t matter what anybody does, Wayne has chosen Hip Hop and he’s going to represent the genre every waking moment of his life. This one’s actually a fave of mine. I love it!!

Just like the childhood hide and seek game, Brikicho is Dope-I-Mean breaking out of his shell, a public service announcement where he’s warning all other “partakers” (for lack of a better word) of Hip Hop that they should duck when they see him because he’s done being timid. 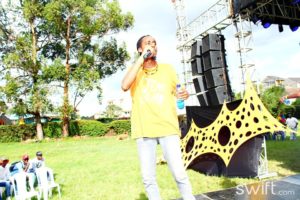 Dope-I-Mean at a past gig

It’s hard for me to listen to “They” without thinking, *DJ Khaled voice* “They don’t want you to win!” That’s exactly what Dope-I-Mean was talking about on this record. This one is addressed to rappers who claim to be doing Hip Hop but are really just masquerading it as something that it isn’t, like Kapuka. “This is the song where I’ve put in my experience with my exes to describe what my situation with Hip Hop is, if she were an actual girl,” explains Dope-I-Mean.

Sh*t Talk 1.5 is, simply put, a threat. “It’s an outlet where I go off the top (for the most part) saying exactly what’s on my mind concerning these ‘rappers’,” says Dope-I-Mean.