QMGJuly 28, 2020Comments Off on Carol Radul Reveals Congestina’s Condition As She Calls For Support Towards Reviving Her Boxing Career0

According to Radul, the boxing champion had been in her mind lately considering that the sports fraternity is among the most affected amid the COVID-19 pandemic and she, therefore, decided to visit her.

“A few days ago @floradull and I visited Conjestina Achieng at her family home in Yala. She has been top of my mind since covid struck since so many sports people are struggling (more than usual) at this time.” she stated. 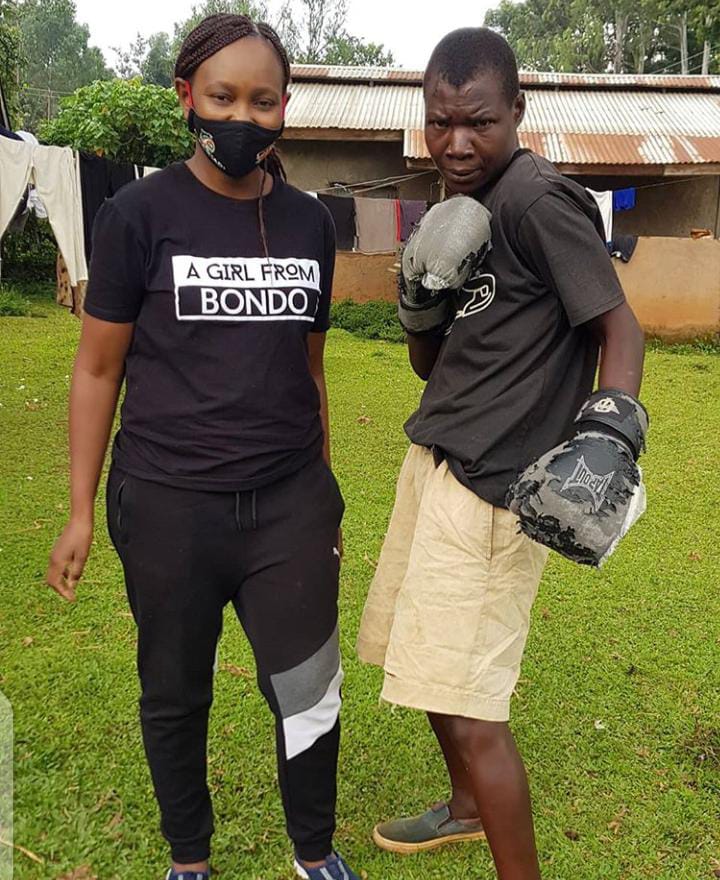 Although many people have reached out to offer support in the past, the boxing champion lamented how she feels less acknowledged despite having been of great impact in the Kenyan sports scene.

In regard to her current status, Radul expressed her disappointment in how those who reached out to Achieng took her back to the same environment where she is not quite engaged in any productive activities.

Despite the fact that she is not a medical expert, the journalist believes that what Congestina needs for her full recovery and to get back on her feet is more rehab to overcome her dependence on abusive substances and counseling in regard to anger management.

In a confident statement, Radul revealed that she believes in Conjestina’s comeback as she hopes that the boxing legend will be provided with an opportunity to revive her career.

“We all just hope and pray for a lasting solution that will see such an icon be in a position to make an impact towards the sport of boxing in this country. She still can.” she stated

Share
Jimmi Gathu On Kina, Working With Sainaipei Tande And What His Wife Thinks About His Character Previous post
Larry Madowo Returns To Our Screens With New US-Based Job Next post