She’s the latest signee to Taurus Musiq, and will be hoping to scale the heights that soulstress Dela has over the past few years with the backing of a solid team behind her.

Trina Mungai has just released a brand new tune, with one of the IT boys in music at the moment – Kagwe Mungai.

It’s dubbed ‘Twenty Four’ and will hopefully gain her some traction following the release of her reggae tune ‘Tonight’ just a few months ago.

Listen to the tune HERE

It’s been billed as a romantic expression of joy and affection, and was produced by Kagwe himself, although both artists collaborated on the lyrics and music. 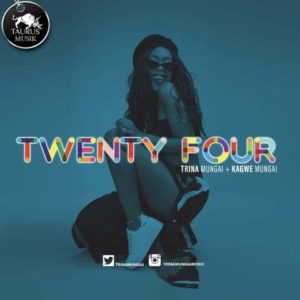 Taurus is currently working on a video to the tune, which is set to be released within the next couple of weeks.