Bicycle Boom: Are we headed to Bike Traffic?

Maxwell NyotaSeptember 21, 2016Comments Off on Bicycle Boom: Are we headed to Bike Traffic?0

Driving on the great super Thika highway, sitting early morning traffic to town sucks big time. Earphones plugged in and you block out the noise, you start noting all manner activity on the road. For quite some time, I have been watching guys on their bikes peddling quickly in traffic past the long snake of cars. I have been interested to know where they come from and where they go.

So I caught up with a Lady who is passionate about cycling In Nairobi and she had an interesting take on biking. Loise Wachira hopped on a bike first time in her life in 2014; she has not looked back since then. I sat down with her to document her escapades on the two-wheeler.

Why a bicycle? Have You a history with Bikes?

I am a typical village girl, our baby’s day out was climbing trees, zero TV, We made swings from trees and telephone cable lines, we found  slanted slopes , poured water and slid away knowing too well that a beating was awaiting us back home.  For the love of popcorn, we would find an old sufuria (which is Swahili for a cooking pot), make holes through it, go into a maize farm and roast the maize away. As we enjoyed our popcorn, the farm owner would find us and engage us in a chasing marathon. Unfortunately, he always caught us because one of us always decided to run with the hot cooking pot.

I really enjoyed my childhood and years later my education journey took me to a University in Nairobi. My initial days in a big city like Nairobi were a traumatizing experience. I recall that in Primary school, we had a rhyme that we sang so as to cross the road safely. “Look right, look left, look right again and cross if the road is clear. I must admit, this formula barely worked for me in the Nairobi streets and roads.  I had to cross dual carriage highways! My previous teachings didn’t apply anymore, I wasn’t warned about looking right or left, 10times before crossing the road.

They say when in Rome, do as the Romans do. And so I braved the new urban adjustments and I must say I am now a professional. In the midst of all the transitions; from school to working life, It dawned on me, that I really missed the free-spirited life. The life that was full of simple adventure, the life that the village offered that this city wouldn’t offer me. This was my cue to indulge in learning sports that I did not get a chance to learn when I was a child. Swimming was top of the list. I enrolled for swimming classes and perfected all my strokes. Completing that challenge was my Eureka moment in exploring what this city has to offer, next in line was roller skating. Despite the fact that I broke my ankle in the process, the adventurous spirit is now ingrained in me.

When did you start cycling and what led you to it?

In 2014, I found a good cyclist (Toto Chipeta hail thee my brother from another mother!)with whom I struck a deal where he would teach me how to cycle, on condition that I bought the bicycle from him. I didn’t look back on that deal- it was too good! You see, most sellers will not only sell you the bike but will also charge for the cycling lesson and that was my genesis to my current adventure. In short, I learned how to balance my weight on a bicycle in April tha year and the year of the Lord was 2014.

Has cycling developed into a hobby?

Yes, it has. Hobby, meditation avenue, networking avenue. It is simply amazing!

Describe your first trip ever on the bike

My first solo ride was nerve wracking; I landed into a ditch along Ngong road as I was trying to maneuver through traffic. While in that ditch, a group of professional cyclists were cycling towards town and spotted this damsel in distress. They helped me fix my bike and I then joined them to visit their friend whom I didn’t know. I realized that this sport had true sportsmen! I have been hooked ever since and we still laugh about my ditch moments to date. I have cycled to places I haven’t been before, I have known in-roads within Nairobi that I wouldn’t have known and cycled far and wide to Machakos, Naivasha, Nyeri, Kilimambogo and in December last year, I cycled from Nairobi to Mombasa. That was epic! This year I plan to cycle from Nairobi to Arusha and around Kilimanjaro in October.

How many kilometers have you ridden so far?

Which is your longest trip? (Time & Miles)

Last year, I was amongst a group of sixteen cyclists  who were  involved in a charity ride dubbed Capital to Coast ‘C2C’ geared towards raising funds for a children’s home in Mombasa. We took the longer route to Mombasa by riding to Kitui and connecting through to Kibwezi, Voi and finally into Mombasa.

Day two; 158kms all off-road, This was tough

In a nutshell, 617kms in four days

Which was the harshest/ severe conditions?

Cycling 158Kms all off-road, ridden with sand, you either skid, sink in the sand, fall or push the bike for a few meters.

Has this biking exercise shaped your physique/fitness? State the changes

I have that body that looks like it never wants to show itself off as fit. I swallow air and it gets held up in my core. For this reason, I focus more on my fitness. Not badly off I must say. I cycled 150kms last Sunday. Not bad aye?

How’s a typical ride for a beginner?

Like any new territory one is thrown into, it is uncomfortable, this is a deliberate  choice one has to make and run with it.

What type/make/model of bike do you ride?

I ride a specialized cyclo cross 700. A cyclo cross means I can use it on the tarmac and moderate off roads.

Is there a cycling community in Nairobi?

Yes, there is, and cycling enthusiasts’ are mushrooming every waking day. There are many cycling groups on social media where one can mine as much information as possible regarding the sport on Facebook, there is Kenya cycling, Froomnation, critical Mass, Baiskeli Adventures, Wheels of Africa, the Sunday Cycle among others.

Do you think you can be a professional cyclist?

Ha ha!!! NO. I stick to velo-venturing aka bike tourist.

In the Kenyan road network and driving culture, is it conducive to hop on the bike and ride away?

It is not conducive since the current road infrastructure does not cater for the commuting cyclist or rider on one hand, while the motorist drive with a sense of entitlement to use the entire road while ignoring the other road users. It’s important to raise more awareness on the distance that cyclists should be given by motorist on the roads, which in the ideal world is 1- 1.5mtrs between the curb and vehicles, we cycle on almost zero.

Do you think cycling in the country is headed to a bigger stage?

The stage is already set.  The sport accommodates all regardless of one’s social status. Nowadays I am spotting CEO’s and directors of some major institutions who have taken up the good old two- wheeler choosing to leave their guzzlers at home. There are also several races organized locally and teams which compete internationally too hence attracting a huge following.  The county of Machakos has even gone a step further and scheduled an annual cycling tour in the County which is held in October dubbed “Tour De Machakos”. I understand that this year, the tour has entries from Ethiopia, Rwanda, Uganda, and Ghana, to name a few. This goes to show that the sport has gained popularity over the years.

It should be a wake-up call for all stakeholders tasked with ensuring that the infrastructure needed by a cyclist, be it parking bays, cycling lanes  if we really purpose to  decongest the ballooning traffic jams and pollution from motor emissions. Eventually, the balloon will burst what next?

For anyone thinking of cycling, what is the starter pack?

A bike, of course, reflector gear, padded bibs, helmet, gloves, heart and head of steel and a great cycling app called Strava. We normally say, If it isn’t recorded on Strava, that ride did not happen. The only solution is to ride back on the route for evidence.

Do you cycle full time?

I am a leisure rider but commute once in a while.

All Images courtesy of Loise

Witness The Fitness: Nairobi’s Celebrity Trainers Previous post
One on One With Lon Jon About His Song "Ngotha" with Hip Hop Heavyweight, HHP Next post 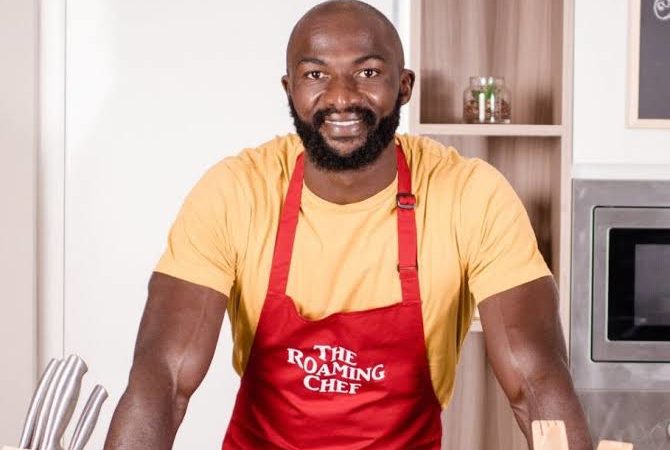 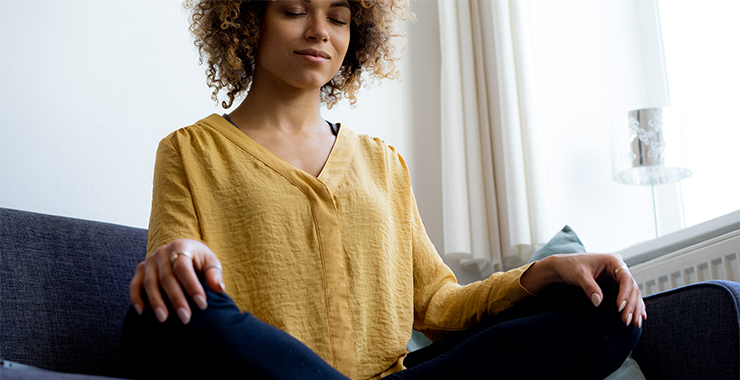 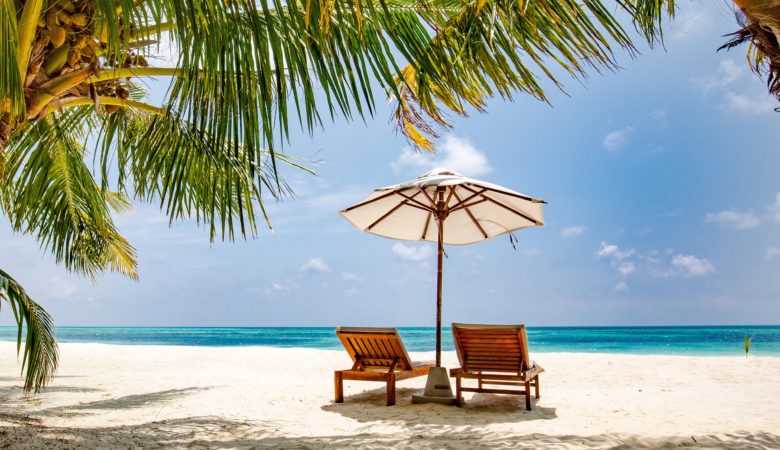 5-day Holiday! How You Can Use Short Breaks To Boost Your Mental Health 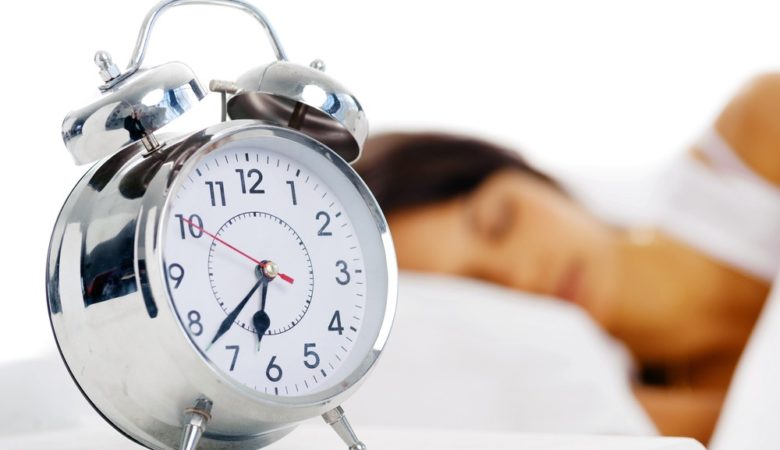