Celebrated journalist and media personality Betty Kyallo has officially hung her cape as her reign at K24 comes to an end.

She announced the news during her Weekend with Betty Show where she thanked all her supporters for their continued support.

“I really appreciated you all. It’s now time for me to say Goodbye here on K24 TV, if we meet again great, if not you know how you can find me on all my social media platforms, Instagram, Facebook and YouTube, Betty Kyallo lately it’s going to be popping and we are going to be doing great things there. Thank you so much for all your support I appreciate You God bless you and I love you. Good Night,” she said During her final show.

Taking to her Instagram page afterwards she posted that she “came, saw and conquered” after which she officially signed out.

This comes after rumours of financial instability of Mediamax flooded media channels. Betty is one among many of the journalists whose jobs have been declared redundant.

Kyallo bravely announced that while it could be the end of an era, she is still persevering in other ways. The media personality recently started her own Youtube channel that has attracted over 30,000 followers in the few weeks since its inception. 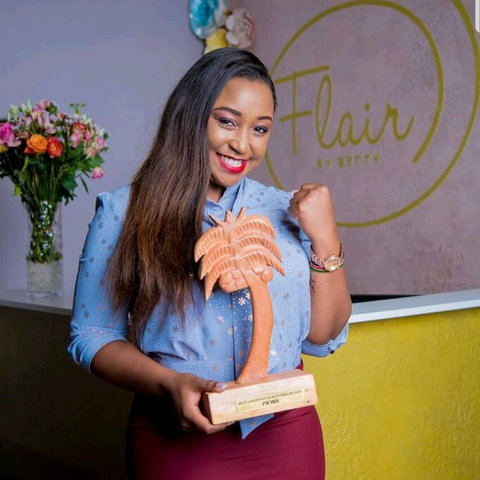 She has also expanded her executive Flair by Betty Salon to a new location which she promises is bigger than the one at FCB Mihrab.

Showing off the salon’s logo already erected, Betty Kyallo announced that her salon will be complete and open to the public in a few days.

Many fans have wished her the best and can’t wait to see her next steps.