Akothee Sings out the Pain of Single Motherhood

Maxwell NyotaJuly 20, 2017Comments Off on Akothee Sings out the Pain of Single Motherhood0

The ever flamboyant entertainer, singer and entrepreneur Akothee aka Madam Boss is still pushing her music career to the limit.

Turning over the tide from the vivacious songs, she decided to address a social ill that’s agitating society in this day and age – single parenthood. Akothee just released a track dubbed ‘Baby Daddy’ and has some encouragement to all the women living this life. 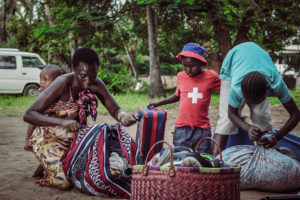 Akothee, a mother of 5, who has gone through break ups more than once, and who has built her music and Business Empire off the fact that a man kicked her out speaks from the heart on the track. She says, “a single mother has a backbone made of steel and a heart of gold”.

The scintillating video story played by Akothee narrates exactly what goes on when a family bond is broken. The mother is left to cater for the kids in the poverty stricken rural areas while the man is living the life of pomp and splendor in the city.

The song settles deep in the Kenyan society in this age of deadbeat daddies. Kids asking questions of daddy and the mother has no explanation. Akothee did a fantastic job addressing this issue and I hope the song does well as her previous works.

The jam is produced by HerbertSkillz  Sound Makers while the Video is done by One Montage Films.

Octopizzo’s Message To The World - Africa Is The Present, No Longer The Future Previous post
Kenyan Music Showcase "Lahani" Is Back! Next post

Crispy Fresh! New Music From The 254 This Week!